Affordable real estate prices, a low cost of living and doing business, and a great quality of life are making Albuquerque a key destination for money makers and rental property investors.

According to Albuquerque Business First, the market shows no signs of slowing down, with homes going for record high prices and newly-listed property going under contract in less than 30 days.

Albuquerque is the most populated city in New Mexico and the state’s economic and business hub. Founded back in 1706 as a trading post, Albuquerque continues to be known for its many well-known trade routes including Route 66 and the Santa Fe Railway. The healthcare industry of New Mexico is centered in Albuquerque, and the metro area has also become a high-tech manufacturing hub.

While extreme weather and natural disasters can create havoc for businesses and residents in other parts of the country, Albuquerque is known as a low-risk location with a highly-skilled workforce, low cost of living, and aggressive business incentives that help keep the economy growing.

Here’s why nearly one million residents are finding Albuquerque the ideal place to live, work, and thrive.

Since 1950, metropolitan Albuquerque has grown at a faster rate than the entire state of New Mexico. Historically, the area has seen a steady population increase of between 1% - 2% per year, helping to make Albuquerque one of the most culturally diverse regions in the nation.

Prior to the pandemic, job growth in Albuquerque reached a ten year high, according to the City of Albuquerque (ABQ). As business growth returns and the economy begins to rebound, employment sectors in Albuquerque showing the fastest signs of recovery include construction, trade and transportation, professional and business services, and education and health services.

Home prices in Albuquerque are on the rise. According to station KRQE, all-time inventory lows combined with demand from out-of-state buyers in Los Angeles and San Francisco are driving up prices with multiple offers the rule instead of the exception. The number of good, high-paying jobs in the Albuquerque metro area has also turned the city into a destination for money-makers.

Albuquerque, New Mexico is listed by WalletHub as the 31st best market for renters, with strong markets for rental market & affordability, and a great quality of life.

Metro Albuquerque is also listed as one of the best places to buy rental property for cash flow and appreciation. The area’s steady population and job growth, along with affordable real estate prices, offer pretty much everything a remote real estate investor could ask for.

There are a number of ways that real estate investors can analyze different markets across the U.S. to determine the potential demand for rental property. Among these various tools are monitoring the historical change in local housing prices and the affordability of housing in each market.

Freddie Mac publishes a monthly house price index (FMHPI) that measures the change in home prices for real estate markets in the U.S. The report assigns December 2000 with a benchmark of 100 and then compares the monthly change in housing prices in each state and metro area  to 100.

The most recent FMHPI from Freddie Mac for the Albuquerque housing market shows:

Another metric that real estate investors can use to help decide how good a market is for rental property is housing affordability.

The annual report published by Kiplinger’s Personal Finance measures home prices in the top 100 metropolitan areas, then assigns each real estate market an affordability scale from 1 to 10, with 1 being the most affordable places to own and 10 the most expensive markets to own a house in.

The affordability index report from Kiplinger for Albuquerque shows: 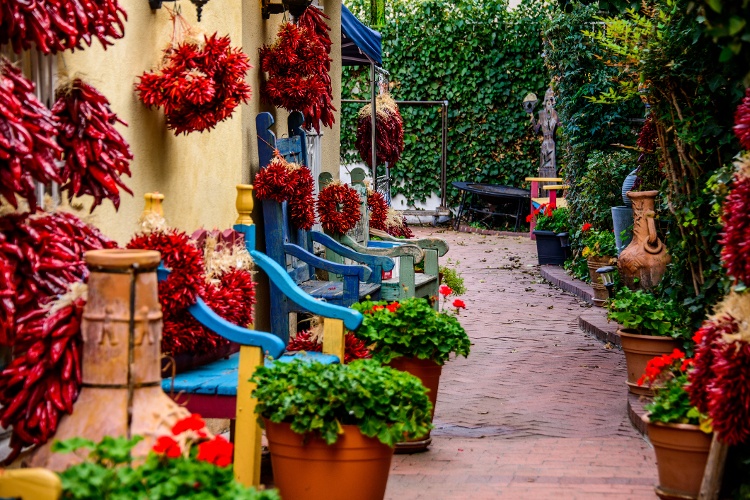 Albuquerque is one of the best places to build wealth thanks to the metro area’s low cost of living and quality of life, according to Albuquerque Economic Development. In fact, the Albuquerque metropolitan area ranks below the national index for key cost of living measurements including groceries, utilities, transportation, and health care.

Where to begin your search? Roofstock created a heat map of Albuquerque based on our Neighborhood Rating, a dynamic algorithm that enables you to make informed investment decisions by measuring school district quality, home values, employment rates, income levels, and other vital investment criteria. 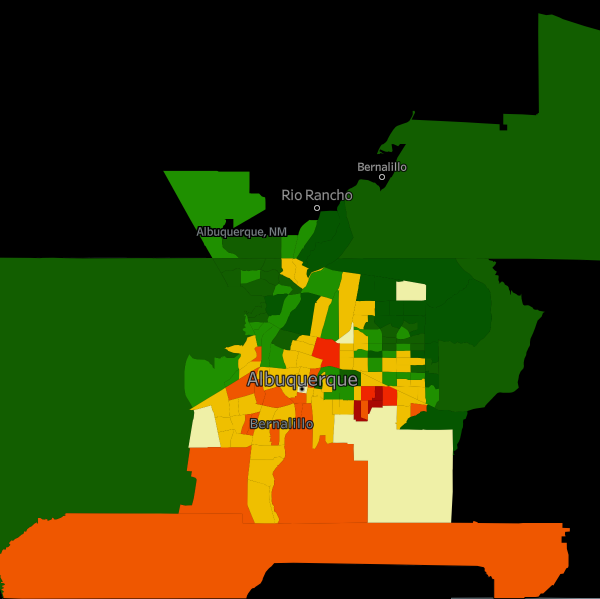 Ready to invest in the Albuquerque housing market? If you haven't already done so, create your free Roofstock account and set up alerts. We'll notify you when we have an Albuquerque, New Mexico investment property that matches your search criteria.