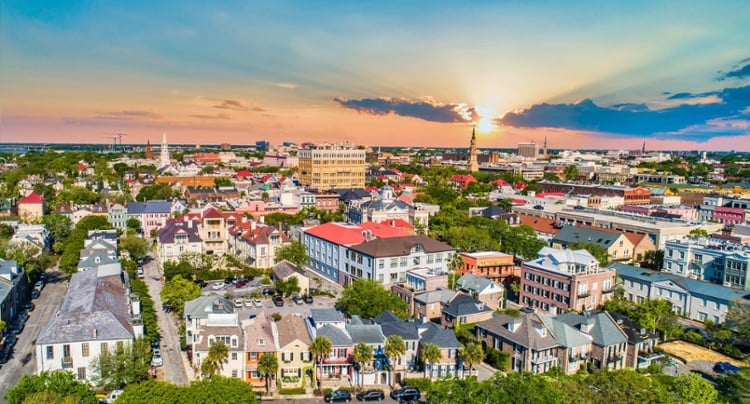 Charleston is one of the top 10 markets expected to perform well in a post-Covid environment, according to the National Association of Realtors (NAR).

The housing market in Charleston is also projected to be among the top ten in the U.S. for the next several years. According to the Charleston Regional Business Journal, reasons behind the strong performance of the Charleston real estate market include relatively affordable housing, consistent job growth, and solid local economic expansion.

Charleston was also ranked by BiggerPockets as one of the top seven best cash flow markets in the country in 2020, with low unemployment and double-digit population growth helping to generate potential gross rental yields of nearly 10%.

Founded back in 1670, Charleston is located on Charleston Harbor, along the Atlantic Ocean in South Carolina. The city is in the middle of South Carolina’s Lowcountry, a mostly flat region with some rolling hills that extends south to Savannah and north to Myrtle Beach. Charleston is rich in history, having played pivotal roles in the American Revolution and Civil War.

The economy in Charleston is as diverse as the city’s history, with industry sectors such as manufacturing and transportation, tourism, and technology helping to drive the job market and employment growth in the Charleston-North Charleston Metro area.

Keep reading to learn why Charleston, South Carolina has been featured on several lists as a real estate market to keep an eye on for investment in 2022 and beyond.

The population boom in Charleston is also helping to fuel the tech scene in Charleston, according to The Center Square. Between 2015 and 2020, high-tech employment in the metropolitan area soared by nearly 24% versus 9% nationwide. Entrepreneurs and venture capitalists coming to this affordable coastal hub are helping to mold Charleston into an emerging location for high technology startup activity.

Charleston’s economy was resilient last year, and is projected to keep growing in the years ahead.

In an interview with the Charleston Regional Business Journal, the director of the Center for Business Research noted, “We’ll still be a travel destination for sure. We’ll still make planes and build cars. We’re still going to have our port and it will probably get better from here because of the shift in e-commerce and logistics.” 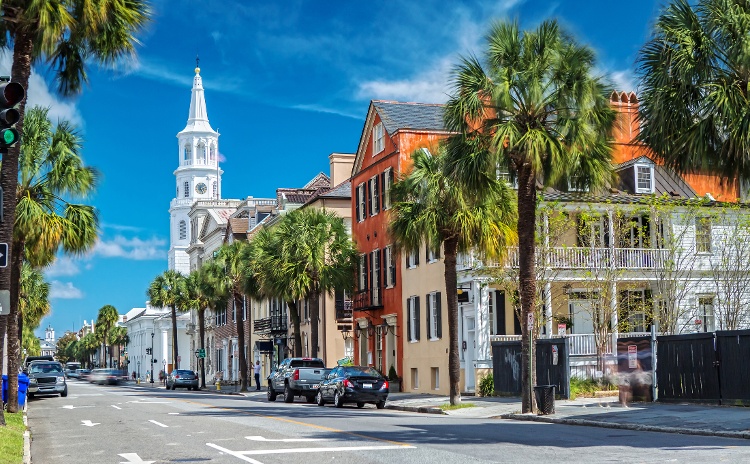 Two years ago, Charleston-North Charleston was predicted to be one of the top 10 hottest housing markets in 2020, according to a recent article in Forbes. That’s turned out to be absolutely true. The region’s high quality of life, strong economy and growing job market are drawing both employers and residents to the market.

According to the most recent report (May 2022) from the Charleston Trident Association of Realtors, the median sales price of homes increased by 22% year-over-year, while there is less than a 1 month supply of available homes on the market. In May 2022, the median single-family home sales price rose 15% to $395,000 compared to the same time last year.

Buy-and-hold investors should note that Charleston-North Charleston should be a good market to invest in over the next several years. Another report from Charleston Regional Business Journal projects the Charleston housing market will remain in the top 10 for the next three to five years.

Charleston is one of the best markets for renters, according to recent research by WalletHub. The Charleston rental market receives high ratings for activity in the marketplace, affordability of rental housing in Charleston, and a great quality of life.

Another reason for the strong demand for rental property in Charleston-North Charleston is due to the consistent imbalance between demand for housing and supply.

As the Charleston Regional Business Journal recently reported, the Charleston region needs about 7,500 new housing units to keep up with population growth but hasn’t reached that level of construction since 2006. As a result, more people are renting where they live, even though the market is relatively affordable to buy in.

Two data points that real estate investors often review when deciding which markets to buy rental property in are the historic changes in home prices and the affordability of housing in a specific area.

The historic rise or fall in home prices can provide an indicator of the potential for future price changes over the long term, while housing affordability is one indicator of how strong or weak the demand for rental property may be.

Each month Freddie Mac releases up-to-date data on the change in home prices for all markets across the U.S. The most recent Freddie Mac House Price Index (FMHPI) report for the Charleston-North Charleston, SC MSA reveals:

The Housing Affordability Index (HAI) measures how affordable buying an existing single-family home is for a family earning the median income in an area. The Index assumes that a family will use a conventional loan with a 20% down payment to purchase a home.

However, the affordability index doesn’t consider factors such as whether or not the family has money for a down payment or lifestyle preferences, even if they have the financial resources to buy.

The HAI for the Charleston-North Charleston MSA is 147 as of July 2021. This means that the median family has a little less than 1.5 times the income needed to purchase a median priced, single-family resale home in the Charleston metro area.

There’s something for everyone in Charleston, South Carolina. The city is a blend of well-preserved historic buildings and modern new development. Lively nightlife venues and cutting-edge art galleries share cobblestoned streets with churches dating back to the Revolutionary War, earning Charleston the nickname “The Holy City”.

Where to begin your search? Roofstock created a heat map of Charleston based on our Neighborhood Rating, a dynamic algorithm that enables you to make informed investment decisions by measuring school district quality, home values, employment rates, income levels and other vital investment criteria. 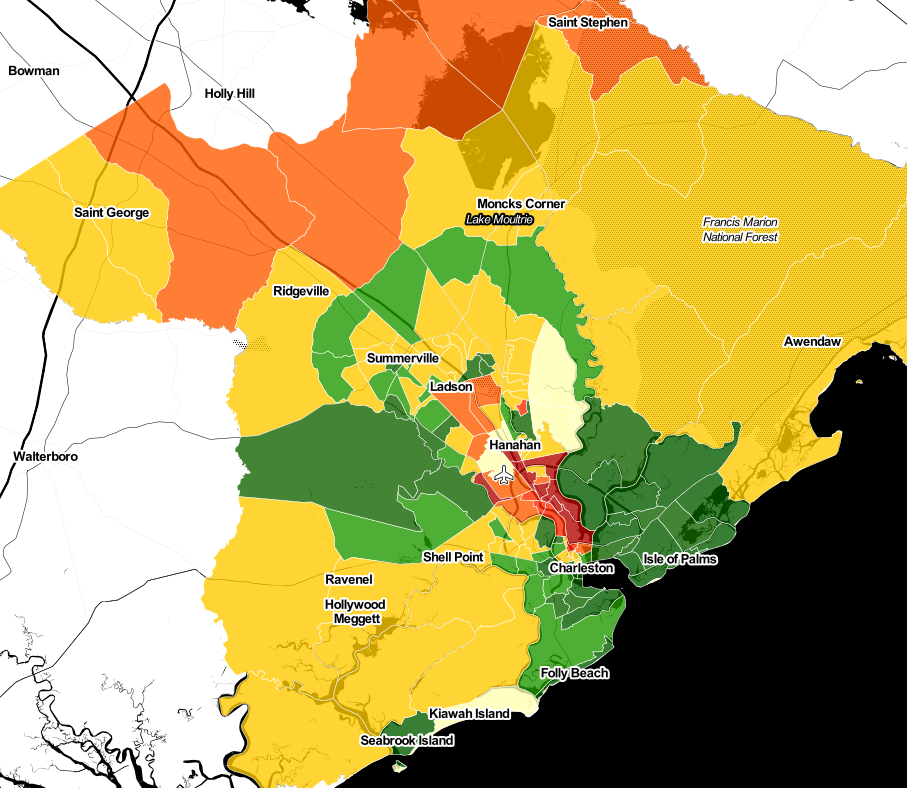 Ready to invest in the Charleston housing market? If you haven't already done so, create your free Roofstock account and set up alerts. We'll notify you when we have a Charleston investment property that matches your search criteria.