The Cincinnati real estate market is one of the hottest in the country, with homes staying on the market only 2 days before going under contract. Both home sales prices and transaction volumes are up year-over-year, while inventory is down to just 1,451 homes, as of April 2022.

The strong demand for housing in Cincinnati is likely one reason why the market is becoming a city for renters, with nearly 60% of the households renting instead of owning.

Nestled along the banks of the Ohio River, the Cincinnati metro area spans portions of three states while offering a homerun opportunity for real estate investors that’s nearly as big as the city itself.

Cincinnati is the largest city in Ohio and was also recognized by Cincinnati.com as having the fastest growing economy in the Midwest. In fact, by 2028, the workforce is projected to increase by more than 6%.

Nicknamed the “Queen City of the West,” Cincinnati is home to three pro sports teams and one of the largest economies in the Midwest. Back in 1869 it was the first city to have a professional baseball team – the Cincinnati Red Stockings, now known as the Cincinnati Reds.

Here’s what investors should know about Cincinnati's real estate market in 2022 and beyond.

Cincinnati’s population has been steadily increasing over the past 10 years. City officials credit the government’s pro-growth policies for the area’s growing population and the resurgence of the urban core.

By 2028 metropolitan Cincinnati is projected to add 67,505 new jobs, out-performing other regions such as St. Louis, Cleveland, and Pittsburgh. The Cincinnati Regional Chamber anticipates considerable growth in high-paying jobs in the skilled trades and information technology sectors.

At the same time, the city continues to seek ways to increase opportunities for lower-wage and entry-level workers in the region, creating a potential boon for rental property investors.

Unemployment in Cincinnati down to only 3.5% (Oct. 2021). The BLS reports that employment sectors showing the most robust growth include information, professional and business services, leisure and hospitality, and trade and transportation. 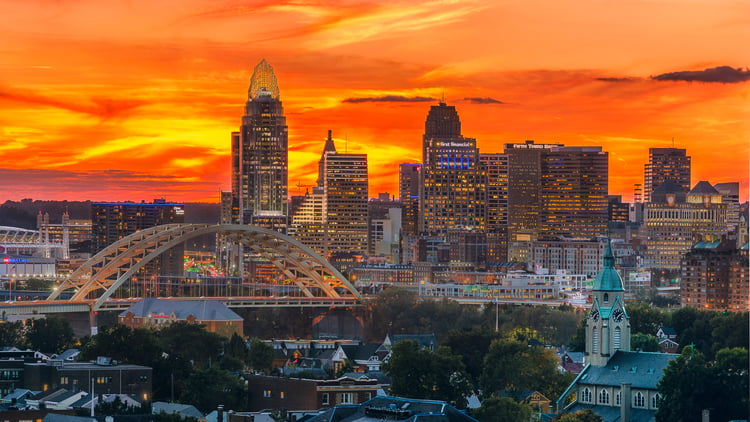 Cincinnati has been ranked as one of the three hottest real estate markets in Ohio, according to Forbes. The ranking is based on several key performance metrics, including median sale and list price, days  on market, and sales-to-list price ratio.

Based on recent real estate market statistics, it appears that investors and homebuyers agree. Homes are on the market only 5 days before going under contract, and both sold prices and volumes are up over 10% year-over-year, according to the Cincinnati Area Board of Realtors (CABR, as of November 2021).

About 25% of the buyers in Cincinnati are from out of state. WCPO in Cincinnati reports that the market offers a “real affordability proposal” and is benefitting from the inbound migration of people from high-cost coastal areas looking for a great quality of life and an affordable place to call home.

Cincinnati is also ranked as one of the best cities for renters by WalletHub. The ranking analyzed key criteria that real estate investors use, including activity in the rental market, affordability compared to household incomes, and overall quality of life.

Real estate investors should also review the affordability and historic price changes of homes in Cincinnati. Affordability is one metric investors use to help decide if a specific market is good for rental property. Short- and long-term historic price changes are one measurement real estate investors can use to help match individual investment strategies to specific cities and neighborhoods.

Where to begin your search? Roofstock created a heat map of Cincinnati based on our Neighborhood Rating, a dynamic algorithm that enables you to make informed investment decisions by measuring school district quality, home values, employment rates, income levels, and other vital investment criteria.

Ready to invest in the Cincinnati market? If you haven't already done so, create your free Roofstock account and set up alerts. We'll notify you when we have a Cincinnati investment property that matches your search criteria. 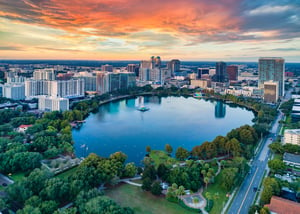