Columbus is listed as one of the hottest housing markets by Realtor.com, based on market demand and the number of days a listing goes from active to under contract. The demand for homes in Columbus remains high due to relative affordability and in-migration.

There are a number of things that make the Columbus real estate market a great place for investors. Despite the increase in home prices, the market is “super affordable” compared to the average national listing prices for homes. The economy is diversified with major industries such as technology, finance, and education.

Located in Central Ohio, Columbus is the capital of the state and the second-largest city in the Midwest, just behind Chicago. Situated midway between Cleveland and Cincinnati, Columbus is a diverse city with funky summer festivals, die-hard sports fans where season tickets pass from one generation to the next, and is an incubator for fast food giants like Wendy’s and White Castle.

Read on to discover why Columbus ranks as one of the top real estate markets in the U.S.

The historic population growth in Columbus has been “sturdy”, with the metro area gaining nearly 50 new people each and every day. According to the most recent survey by the U.S. Census Bureau, the population of Columbus surged by 15% over the past decade, about 7 times more than Ohio overall.

Strong population growth is one of the key market metrics real estate investors look for, because the more people there are the greater the demand for housing in Columbus is.

The diverse economy based on education and government, banking and insurance, steel and logistics, and medical research and technology helped Columbus’ job market to grow by 3.58% while still maintaining a cost of living that’s 5% below the national average. 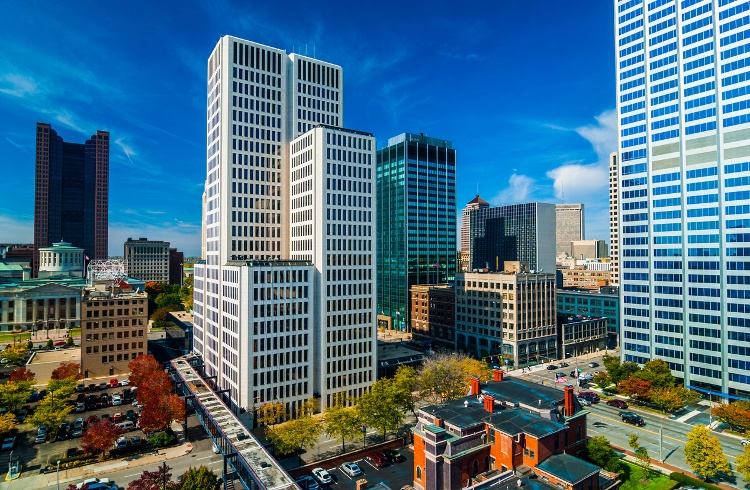 Columbus is one of the top 10 housing markets best positioned for growth in 2022, according to rankings by Realtor.com. The organization predicts sales will surge by 13.7% and prices will grow by 6.3% this year.

Top markets like Columbus are smaller and less crowded than major metros, with a limited housing supply combined with the jobs, services, good schools, and healthy economy helping to keep the demand for housing hot in Columbus.

Columbus is one of the best cities for renters, according to a recent report from WalletHub. The rental market in Columbus receives high rankings for activity in the marketplace, affordability of rental property, and overall quality of life. In fact, demand for rental property in Columbus is so strong that nearly half of the people in the metro area rent rather than own.

Tracking historic price changes and measuring the affordability of housing are two of the many techniques real estate investors use to decide if investing in a specific market makes sense.

Each month Freddie Mac publishes its House Price Index (FMHPI) report on the change in home prices in every metropolitan area of the U.S. The most recent FMHPI for the Columbus, OH MSA reveals:

Using research from ATTOM Data Solutions, Kiplinger conducts a regular review of home prices and affordability in the top 100 housing markets in the U.S.:

Columbus ranks as the 28th-best place for business and careers, in the top 74 for job growth, and the top 55 for education. Job growth is strong, unemployment is low, and the cost of living is 5% below the national average in the U.S.

Where to begin your search? Roofstock has created a heat map of Columbus based on our Neighborhood Rating, a dynamic algorithm that enables you to make informed investment decisions by measuring school district quality, home values, employment rates, income levels and other vital investment criteria. 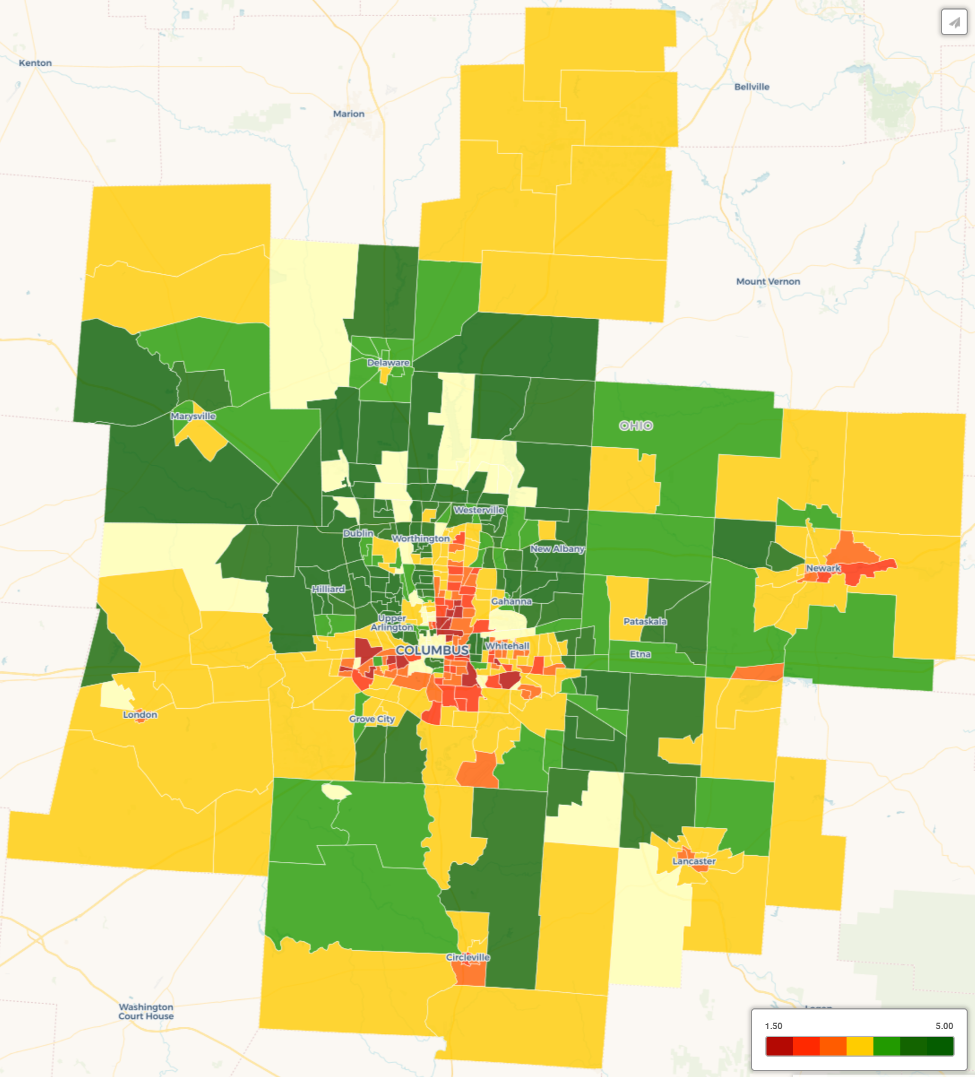 Ready to invest in the Columbus market? If you haven't already done so, create your free Roofstock account and set up alerts. We'll notify you when we have a Columbus investment property that matches your search criteria.