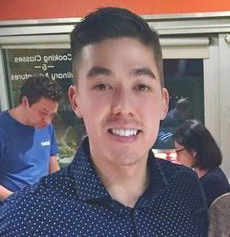 “So, you’re telling me you buy houses in Indianapolis?”

When explaining my real estate investing ventures to new acquaintances, these questions inevitably come up. What usually follows is a blank stare, a moment of confusion, intrigue, and then undivided attention.

I get it...living in the San Francisco Bay Area and buying rental properties more than 2,000 miles away isn’t the typical investing model. On the surface, the strategy sounds difficult to pull off, extremely risky, and quite honestly, crazy. But times are changing, and so is the way people invest in real estate.

>>Jump ahead: 10 Reasons I invest in Indianapolis

Before we get into “why I buy houses in Indianapolis,” let’s rewind to 2016. I must have gone through a premature mid-life crisis because I evaluated my big picture priorities and dug real deep to the core. What did I find? Well, my financial future wasn’t great. I was heading straight down the road toward working 40+ years at a desk job and retiring at 65. Fun times.

My trajectory wouldn’t allow me to accomplish the greatest goals I’d envisioned.

There was no way I’d have a completely fulfilled life if I kept throwing money at my savings account and watching it build slower than the inflation rate.

I had to strategically lower expenses, add income streams, and make money work for me. Through podcasts, books, and networking, I completely overhauled my mindset and financial strategies.

What were the most impactful moments of 2016? Writing checks to my landlord on the first of every month. I realized the power of rental properties after taking stock of what my roommates and I shelled out for rent by the time our lease ended: $66,300. We literally paid for our landlord’s son to go to college. Cue the lightbulb! I knew I had to jump in to real estate investing.

There was one slight problem, however: The houses in Berkeley (and most of the San Francisco Bay Area, for that matter) were all valued at more than $1,000,000. I was making $44,000 a year living in the Bay Area. Cool, I guess I could buy a house in 72 years.

I pushed on and realized that becoming a “long-distance landlord” was a feasible option if I could put together a trusted team (having a property manager is key here). I studied various rental markets outside of California and discovered a huge opportunity in the Midwest where properties were affordable and cash-flow positive.

I purchased my second Indianapolis rental property in March of 2018 for $86,000 and it rents for $995 per month. With a cap rate of 7% and a cash-on-cash return of 7.66%, this property is a long-term play for me. It’s located Northwest of downtown in a B-Class neighborhood of Washington Township.

The median home value in the area is $166,000. It has college-educated residents and cash-flowing properties...all key metrics for a strong investment. A couple additional wins about the property location: It's one mile from a Starbucks. I’m not a coffee fiend, but I trust the folks at Starbucks do some calculated market research before opening up shop in any given neighborhood. A 2015 Zillow report also found that, between 1997 and 2014, homes within a quarter-mile of a Starbucks increased in value by 96 percent, on average, compared to 65 percent for all U.S. homes. There’s also a brand new library opening up less than a block away. All of these factors should only strengthen the community and my investment.

So what’s next? I’m currently looking for my third investment property in Indianapolis. I’d love to buy in the same neighborhood, but understand I can’t pigeonhole myself into strict location guidelines. So, I’m open to looking elsewhere and have found neighborhoods such as Garfield Park, Irvington, Lawrence, and parts of Warren attractive for buy-and-hold investing.

But, back to the original question. Why do I like Indianapolis so much?

Population growth is a basic indicator of more jobs, more renters, and a place where people WANT to live. With more than 860,000 residents, Indianapolis is the 15th largest city in the U.S. and has more than doubled its population since the 1950s.

Suburban counties around Indianapolis are growing rapidly. In 2017, six of the fastest-growing counties were all located in the Indianapolis metro area. Overall, Indiana is outpacing the Midwest for population growth.

Overall, there’s been a 26.6% increase in technology jobs in Indianapolis over the past decade according to the Indiana Business Review. Maybe that’s why Indianapolis is also on Amazon's short list of 20 finalists for its second headquarters?

The state of Indiana is putting money and effort into drawing people, jobs, and companies to the Midwest. Chief Executive Magazine ranks Indiana as the fifth best state to do business in the U.S. for the last four years an counting. According to the annual poll, "the top states recognize how truly important it is to maintain the business-friendly cultures that helped them grow dynamically even during the slow-go years following the Great Recession."

"The fact that Indiana is generally a state ‘open for business’ is kind of accepted. It’s been good enough for long enough that people just kind of know there’s no shenanigans, no running hot and cold. It’s a very solid, all-around state.” - Parker Beauchamp, CEO of INGUARD

While driving to work in San Francisco every day, I see the same billboard promoting the state of Indiana as a great place to work and live. This targeted marketing campaign puts a smile on my face as an investor, knowing there’s a strategy to bring people to Indianapolis.

If a city is tied down to one industry, what happens when a disrupter overtakes it? You’re left without renters, which is why a diverse economy is key for long-term stability. Obviously I’m excited about Indy’s momentum in the technology sector, but that’s not all it has!

At 95.6%, Indianapolis has the fourth highest occupancy rate out of the 20 largest single-family rental markets, according to John Burns Real Estate Consulting. If you’re buying rental property, the basic foundation of your ROI boils down to having a tenant. If you don’t have a tenant, you don’t have cash flow. I’d say occupancy rates are pretty important. For context, the weighted average of the top 20 single-family rental markets is 93.3%.

This is quite literally the key component to cash flow. In Indianapolis, you can still find properties that allow you to bring in extra cash every month after accounting for mortgage, insurance, taxes, and repairs/maintenance. As an example, my latest property brings in $995 a month in rental income with a mortgage expense of only $340 per month.

Additionally, Indiana offers landlords a lot of time to make sure their property wasn't damaged by a tenant. Since 2002, landlords have been allowed to withhold a security deposit for 45 days without tenants having any right to access that money, according to Landlord Station. For a full overview of landlord-tenant laws in Indiana, Nolo is a great resource.

Note: I'm not an attorney and neither are the folks at Roofstock. Always consult your attorney and property manager on things like this if you want to know more.

Indianapolis is pouring millions of dollars into revitalization and now ranks among the best downtowns and most livable cities according to Forbes. Approximately $3,629.35 million is already committed to downtown development through 2020, according to Downtown Indy, Inc.

Public transportation around town is also getting a much needed upgrade with construction starting on a new 13-mile electric bus transit system that will connect many of Indy’s prominent neighborhoods.

Entertainment options in a market are key to population growth and keeping residents happy! Who wants to live in a boring city? Indianapolis is home to the largest single-day spectator event in history with the Indy 500, which draws in more than 300,000 NASCAR fans once every year.

But the area has much more to offer according to Forbes contributing writer Larry Olmsted, who declared Indianapolis "America's most underrated city."

"It’s a city with an exploding culinary scene that is easy to get to, about as cheap as any urban destination in America, with lots of worthwhile attractions and a litany of special and Bucket List events, full of new hotels and outdoor activities, and every time I come back wondering, why don’t you hear more about Indy? Why doesn’t it get more press?" - Larry Olmsted, Forbes

There’s also an up-and-coming culinary scene with Zagat calling it one of America’s hottest food cities. If you check out the neighborhoods of Fountain Square, Fletcher Place, Broad Ripple, or Mass Ave you’ll see James Beard finalists (Milktooth and Bluebeard) as well as hip restaurants and coffee shops popping up everywhere.

Highly regarded colleges Purdue and Indiana University are less than an hour away. Butler, IUPUI, and University of Indianapolis are all within the city. This creates a young and educated workforce, which help contribute to innovation and economic growth.

Well, there you have it. That is why I invest in Indianapolis.

There are a lot strong rental markets out there, but the combination of economic growth, affordability, rental demand, and its bright future are what draw me to “Circle City.” That’s why I continue to look for investment opportunities in a city halfway across the country while living in the San Francisco Bay Area.

Ready to jump into real estate investing like Tyler?

Tyler is a 33-year-old active real estate investor from the San Francisco Bay Area. He purchases out-of-state rental properties and is the founder of Jump In Real Estate, a blog about achieving financial independence and smart investing strategies (sometimes learned the hard way). He's got the major travel bug, dreams of living #VanLife, and plans to fund his adventures through real estate. Take action and visit JumpInRealEstate.com for more!