Indianapolis is ranked as the 4th best housing market positioned for growth in 2022. According to Realtor.com, home sales in the metro area are expected to increase by nearly 15% while prices are projected to grow by 5.5%.

Think about it for a minute. What’s the best compliment you can pay a real estate market? The answer is that doing your market research as an investor makes you want to live there. Indianapolis is one of those markets.

Have a look at some of our research into why Indianapolis is such a hot housing market, and why it could be home to your next rental property.

Indianapolis is one of the eight non-coastal cities quickly becoming a hotbed for high technology growth. As WISH TV 8 reports, the in-bound migration of entrepreneurs to Indianapolis is helping to jump-start the economy and unlock private sector job creation.

The Indianapolis real estate market was rated by Forbes as one of the top housing markets to watch in 2021. Back then, homes in the Indianapolis metro area were “flying off the shelf” with nearly two-thirds of the houses listed for sale going under contract just two weeks after hitting the market.

Fast forward to today, and the demand for homes in Indianapolis is still red hot. As Inside Indiana Business recently reported, single-family home sales remain “strong, fast moving and more expensive.” The median sales price of a single family home in Marion County (where Indianapolis is located) is up by 19% year over year (May 2021 vs May 2022), while the days on market is down by more than 12% to just 14 days, according to MIBOR.

The Indianapolis housing market is one of the top real estate markets attracting out-of-state investors.

According to Real Wealth, Indianapolis is one of the best markets to buy rental property for cash flow and appreciation in 2022. The real estate market here is still relatively affordable, the demand for rental property is strong, and the metro area is growing.

Every month Freddie Mac publishes a house price index report (FMHPI) that updates the short- and long-term trends of home prices in all major markets in the U.S.

The most recent FMHPI from Freddie for the Indianapolis-Carmel-Anderson, IN MSA reveals:

There are plenty of reasons why people, businesses, and real estate investors keep coming to Indianapolis. Housing prices are still affordable, the cost of living is low, and Indianapolis is well-known for being a city of doers and changemakers. As if that’s not enough, the State of Indiana could soon begin offering incentives for people to live here, with Indianapolis being first in line.

Where to begin your search? Roofstock has created a heatmap that color-codes the city based on our Neighborhood Rating, a dynamic algorithm that enables you to make informed investment decisions by measuring school district quality, home values, employment rates, income levels and other vital investment criteria. 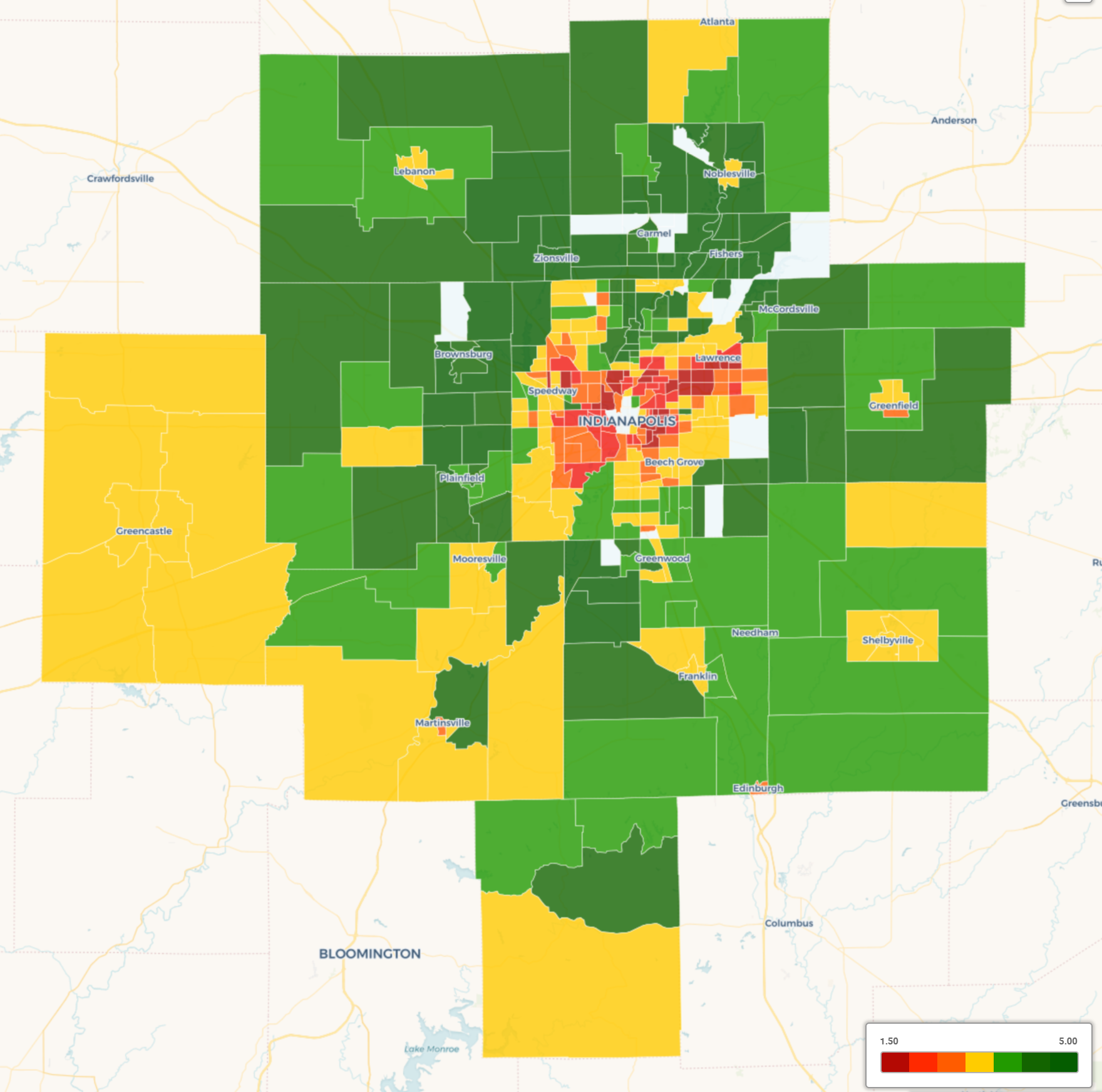 Ready to invest in the Indianapolis real estate market? If you haven't already done so, create your free Roofstock account and set up alerts. We'll alert you when we have an Indy-area investment property that matches your search criteria.