WalletHub ranks Little Rock as one of the best cities for renters in the U.S. The region receives a strong rating for the rental market and affordability. New business creation, lower cost of living, and high quality of life highlight some of the things that Little Rock is doing right, helping to keep the economy and housing market in Little Rock robust.

Little Rock is located along the south bank of the Arkansas River in Central Arkansas. The city is the state capital, and best known as the home of Bill and Hillary Clinton. However, there’s a lot more to Little Rock than just politics.

According to Forbes, a secondary city like Little Rock could also be a great place to buy real estate as people move south in search of warmer weather and a more affordable place to call home.

Keep reading to learn why the Little Rock, Arkansas real estate market is worth considering to invest in 2022.

There are nearly 203,000 people in the city of Little Rock and about 740,000 residents in the metropolitan area. Over the past 10 years, the population of Little Rock has increased by 4.7%.

A recent article in the Northwest Arkansas Democrat Gazette notes that Little Rock and Central Arkansas have experienced historic year-over-year job growth, despite the pandemic. Since the beginning of last year, more than 4,000 new jobs have been created or are on the way, from major investors and job creators like Amazon and Costco.

Home prices in Little Rock and Central Arkansas are following the national trend of spiking in recent months, according to a recent report by FOX 16 News. One local real estate agent confirms that it’s a seller’s market, noting that “If the sign goes into the ground, there’s multiple calls that day to get in and see the property.”

However, Realtor.com believes that the market may soon be shifting in favor of buyers, as the supply of homes is greater than the demand. 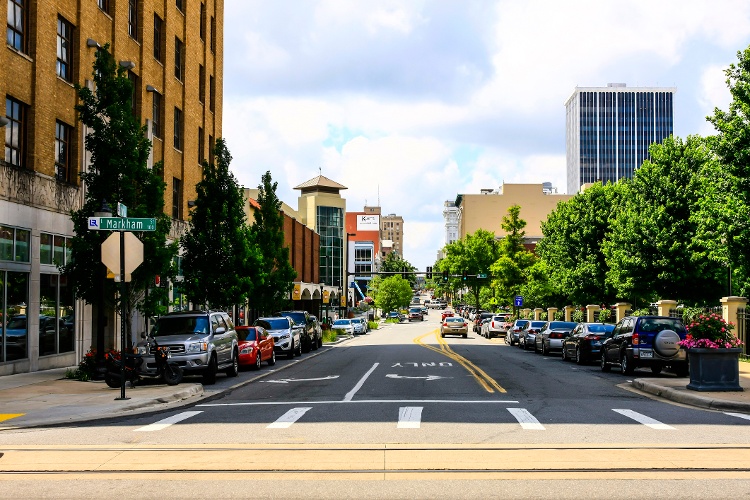 Over the last 10 years, the number of renters increased two times faster than the number of homeowners in the U.S., according to RENTCafé.

Of course, the best demographic segments for renters vary from market to market. For example, some areas have a high percentage of retirees as renters while other cities have large percentages of millennial renters.

Analyzing the historic changes in home prices and housing affordability are two tools that real estate investors use to help forecast the future demand for rental property.

Freddie Mac publishes a monthly report showing the most recent short-term and long-term historical price trends in all markets across the U.S.

Housing affordability is another metric investors can use to help forecast the current and future demand for rental real estate in Little Rock. The affordability index compares the percentage of annual income needed to purchase a median-priced home in a given market.

When the research firm analyzed the affordability of housing in Little Rock, Kiplinger found that:

Little Rock has been recognized by Kiplinger as #1 of “10 Great Places to Live" and #6 on Gallup’s “America’s Happiest Cities," according to the City of Little Rock.

Where to begin your search? Roofstock created a heat map of Little Rock based on our Neighborhood Rating, a dynamic algorithm that enables you to make informed investment decisions by measuring school district quality, home values, employment rates, income levels and other vital investment criteria. 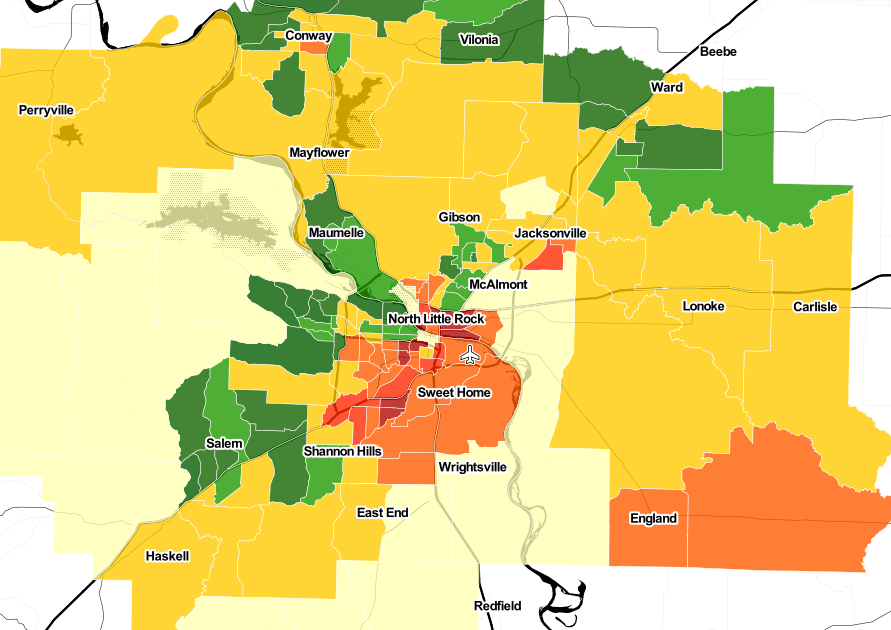 Ready to invest in the Little Rock housing market? If you haven't already done so, create your free Roofstock account and set up alerts. We'll notify you when we have a Little Rock investment property that matches your search criteria.