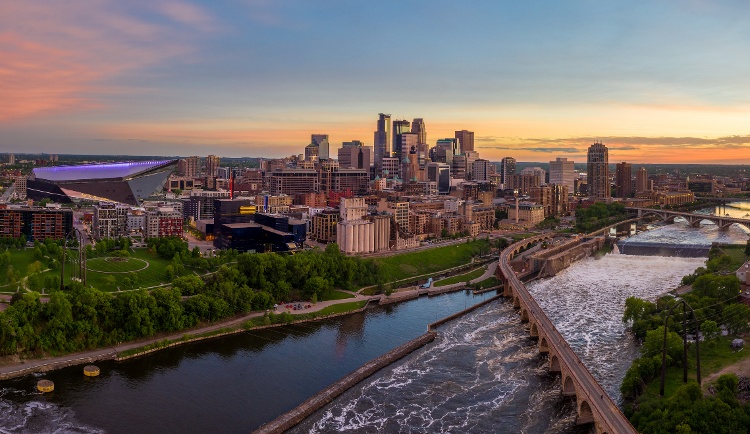 A recent news release from the Minneapolis Area Realtors sums up everything there is to know about the current state of the real estate market in Minneapolis-St. Paul. According to the Association, median sales price reached a record $370,000 in May, up 10% from last year, while inventory levels have declined for 25 consecutive months.

Not too long ago the StarTribune reported that the number of houses on the market for sale would rise and days on market would increase. But in fact, the exact opposite has occurred.

The biggest reason for the strong performance of the housing market in Minneapolis may have to do with a change in city zoning.

Recently, Minneapolis became the first large city in the U.S. to end single-family zoning. The city now allows small multifamily property to be built on single-family lots, which could end up increasing the demand for people who want to live in a traditional house.

Minneapolis is located in southeastern Minnesota, along the banks of the Mississippi River near the Wisconsin border. Minneapolis, along with neighboring St. Paul, make up the Twin Cities metropolitan area, the 3rd-largest economy and populated region in the Midwest.

Minneapolis is the main business center between Chicago and Seattle and is home to a diverse economy of commerce, finance, transportation, healthcare, and technology. The Twin Cities has the 5th-highest concentration of major corporate headquarters and receives consistently high rankings as a great city to live, work, and play.

Read on to learn what makes the Minneapolis real estate market worth considering in 2022.

The population of the city of Minneapolis has grown by more than 12% since 2010, according to the most recent census, while the 7-county Twin Cities Metro region gained over 313,000 new residents over the past 10 years.

Much of the state’s job growth has been concentrated in the Twin Cities metro area. The Minneapolis MSA is home to 2 million workers, with employment growth increasing by 0.53% year-over-year.

According to the BLS, the unemployment rent is down to 1.5% (April 2022) and some of the job sectors showing the fastest signs of improvement include leisure and hospitality, construction, manufacturing, information, and professional and business services.

A dearth of new listings is helping to keep sales activity in Minneapolis robust, with homes selling faster and for higher prices than ever before, according to MinnPost.

Recent data from the Minneapolis Area Realtors Association shows the economy is improving, unemployment is falling, and the housing prices are on the rise. The median sales price of a home rose 9.5% in November compared to the same time last year, with only 5,758 housing units for sale out of a metro area with nearly 3.7 million people. 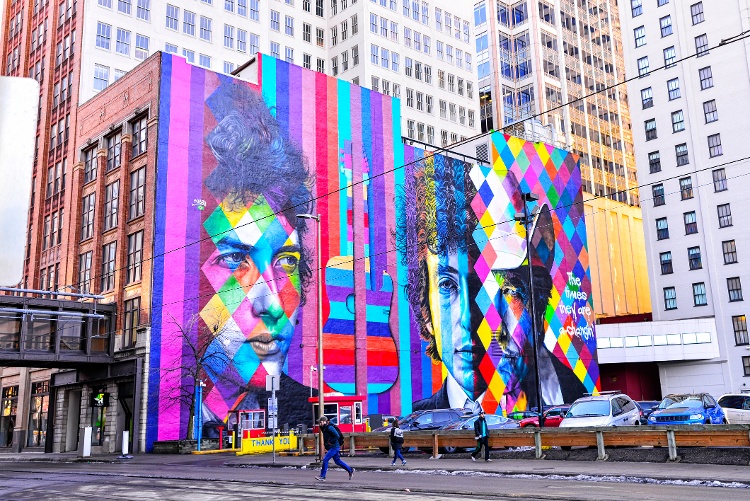 Minneapolis is ranked by WalletHub as one of the best cities for renters. The metropolitan area receives high ratings for rental market affordability and quality of life. The attractive rental market helps to explain why there are more renter-occupied households here than homes occupied by owners.

Two of the most important metrics real estate investors can use when analyzing housing markets are historic price changes and housing affordability. Changes in housing prices are an indicator of potential appreciation, while housing affordability data can help indicate how good a market is for rental property investment.

Each month Freddie Mac publishes its House Price Index (FMHPI) report with up-to-date data on the change in home prices for all markets across the U.S. The most recent FMHPI from Freddie for the Minneapolis-St. Paul-Bloomington, MN-WI MSA shows:

Housing affordability research compares the median family income in an area to the median price of a single-family resale home. Using this ratio, housing markets are assigned a HAI – or housing affordability index – number that ranks how much income a family has to purchase a home, using a conventional mortgage with a 20% down payment.

There are so many good things about living in Minneapolis that it’s hard to know where to begin. There’s the riverfront skyline, art and theatre practically around every corner, year round festivals, and the infamous Juicy Lucy cheeseburger.

Where to begin your search? Roofstock created a heat map of Minneapolis based on our Neighborhood Rating, a dynamic algorithm that enables you to make informed investment decisions by measuring school district quality, home values, employment rates, income levels and other vital investment criteria. 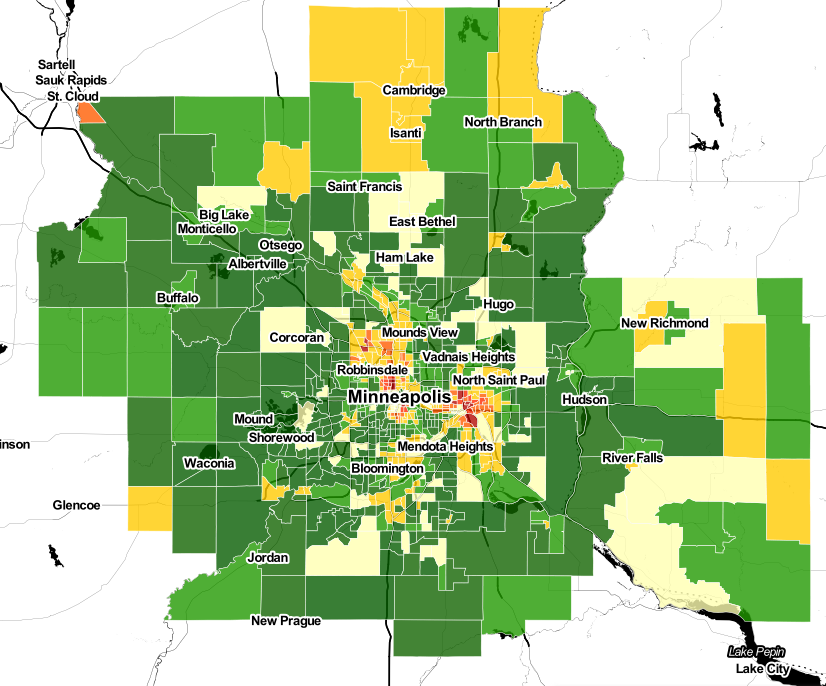 Ready to invest in the Minneapolis housing market? If you haven't already done so, create your free Roofstock account and set up alerts. We'll notify you when we have a Minneapolis investment property that matches your search criteria.