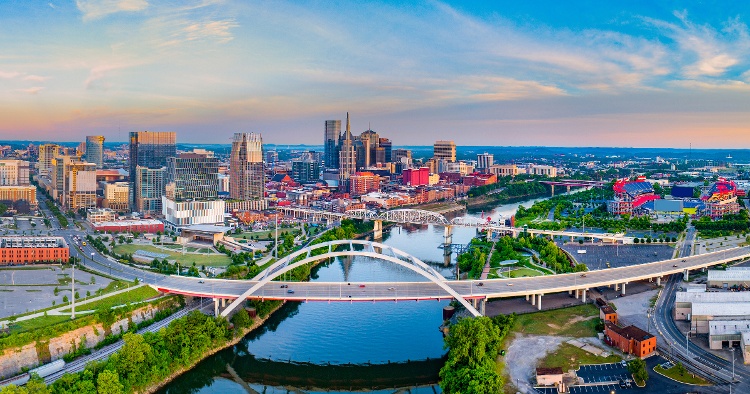 The growing job market and low unemployment rate helped make Nashville one of the top markets for rent growth last year, with a similar growth in rents expected this year as well.

Nashville is the capital of Tennessee and the most populated city in the state. Located in the heart of the Tennessee Valley, the city played key roles in both the Revolutionary War and Civil War, and quickly became a center for transportation and manufacturing.

Nicknamed “Music City,” Nashville today is a major center for the music industry. Manufacturing and transportation still play a key role in the city’s diverse economy, along with the education, healthcare, financial services, and corporate headquarters sectors.

In this article we’ll explore in detail what rental property investors need to know about the Nashville real estate market in 2020. 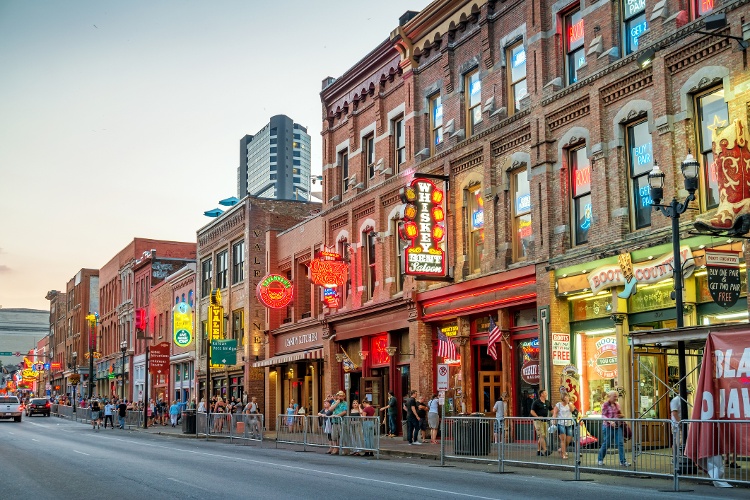 The Nashville metro area remains the growth center of Tennessee, according to Kiplinger, with the region’s employment gain coming in at 2.2% last year. The financial publication forecasts job growth in the state to be 0.9% this year, with Amazon adding up to 5,000 new jobs at its Nashville hub.

The Nashville housing market hit an historic high last year, with home sales volume up 7% even while sales prices continued to rise. In fact, Nashville is projected to be the 4th-hottest housing market in the U.S. this year, ahead of favorite sunbelt cities like Phoenix and Dallas, according to a report on the WKRN.com local news website. 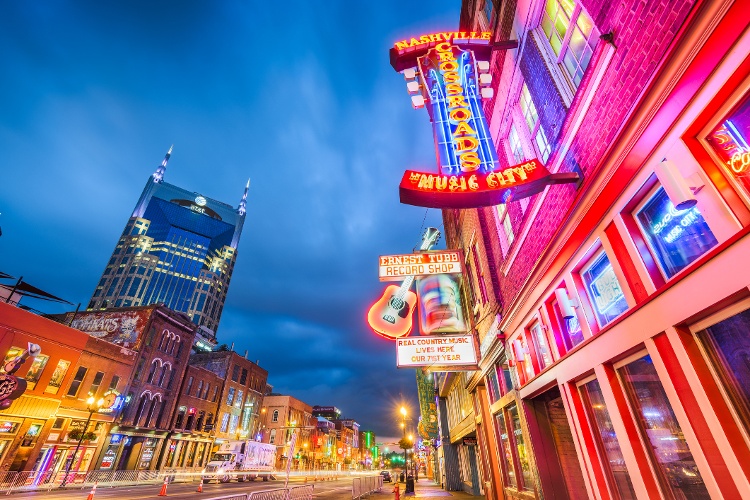 Nashville was among the top markets for rent growth last year and will remain one of the leading markets for rent increases in 2020, according to Fox 17 Nashville. The report notes that high wage jobs and a low unemployment rate are fueling the demand for places to rent.

The historic change in home prices in an area can provide an indication of the possibility of property appreciation over the long term, while the housing affordability index is one indicator of how strong the demand for rental property may be in a given market.

Each quarter the FHA releases up-to-date data on the change in home prices for all markets across the U.S. The most recent FHA 2019 Q3 House Price Index report for the Nashville-Davidson-Murfreesboro-Franklin MSA shows:

The National Association of Realtors Housing Affordability Index (HAI) can be used to gauge the potential demand for rental property in a market.

When analyzing the affordability of housing in a market, the NAR compares the median family income to the median price of an existing single-family home and assumes the purchase will be made using a conventional loan with a down payment of 20%.

Based on the NAR’s latest report, the HAI for the Nashville-Davidson-Murfreesboro-Franklin MSA was 151.6 in 2018, the most recent year available. This means a family has a little more than 1.5X the median income needed to purchase a median priced, single-family resale home in the Nashville metro area. 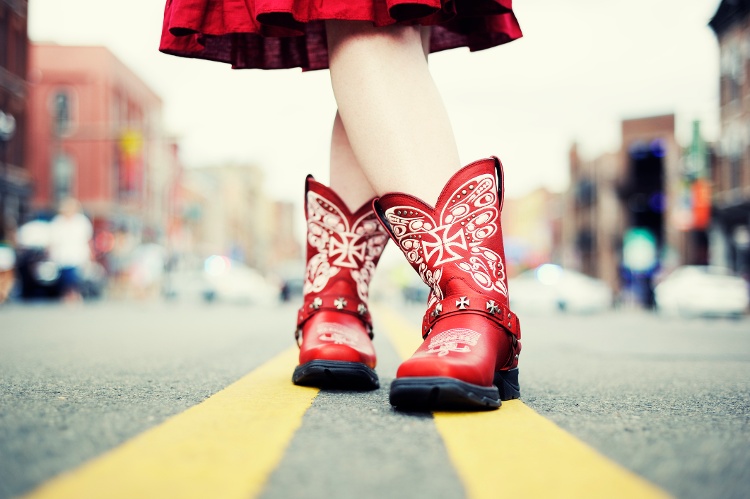 As the official Nashville Visitor and Tourism website says, “If cities had soundtracks, Nashville’s would be like no other.” Live music of all types is performed seven nights a week, and with more than 180 recording studios and 5,000 working musicians Nashville is known around the world as Music City.

Of course, there’s more to Nashville than just music. The metro area is home to pro sports teams, a huge park system, and famous attractions such as the Parthenon and Nashville’s Hot Chicken restaurants.

Where to begin your search? Roofstock created a heat map of Nashville based on our Neighborhood Rating, a dynamic algorithm that enables you to make informed investment decisions by measuring school district quality, home values, employment rates, income levels and other vital investment criteria. 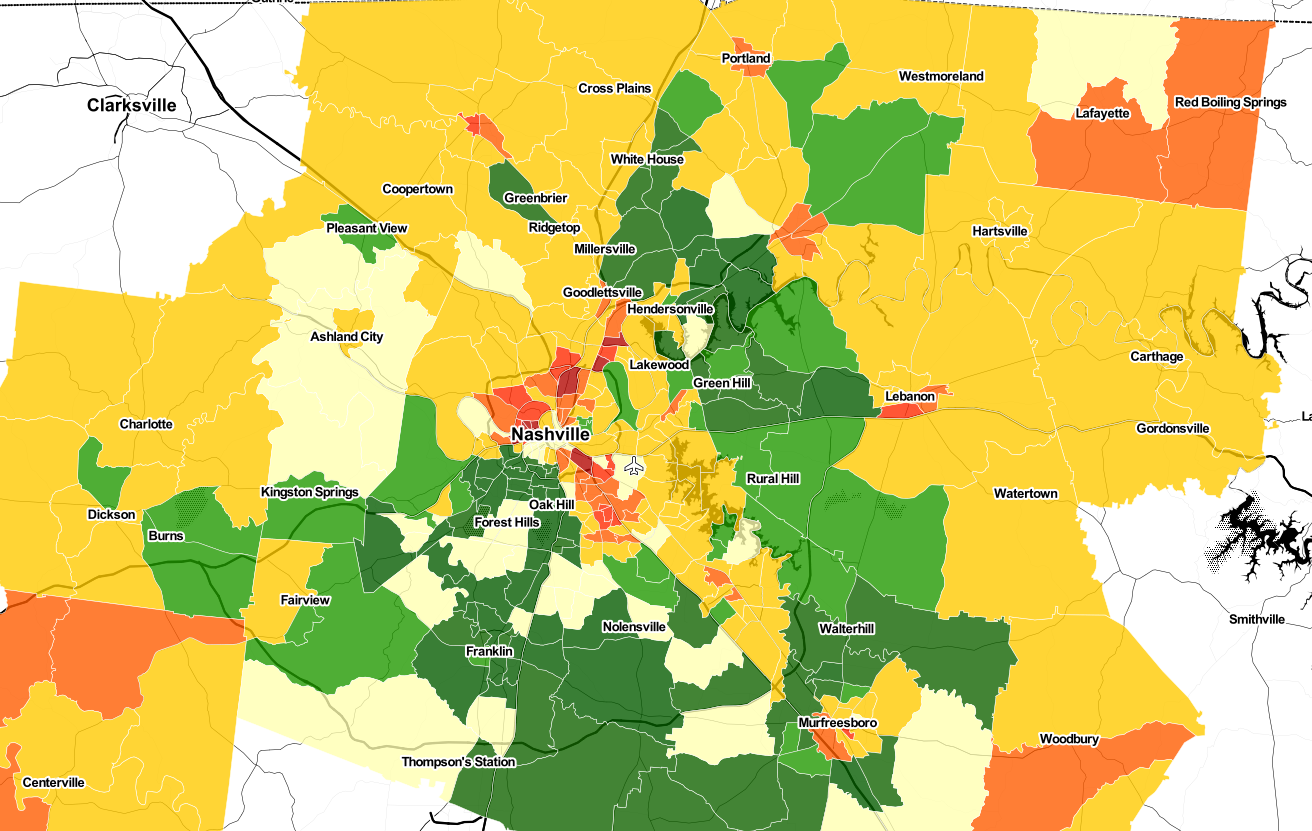 Ready to invest in the Nashville housing market? If you haven't already done so, create your free Roofstock account and set up alerts. We'll notify you when we have a Nashville investment property that matches your search criteria.