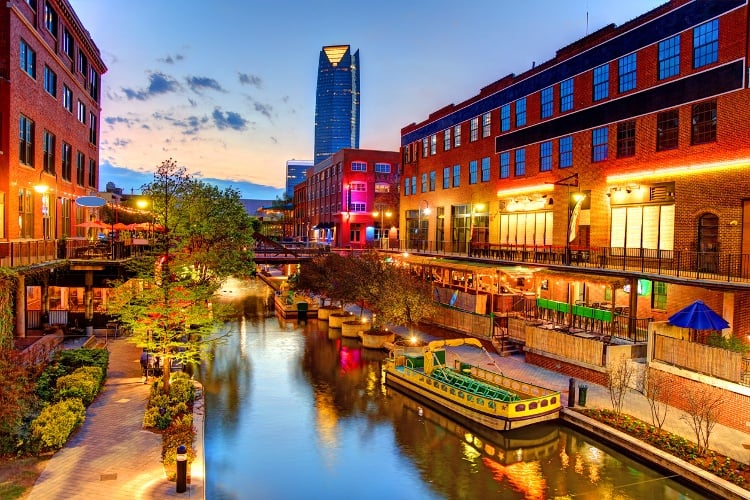 Oklahoma City is one of the top 10 markets where first-time buyers are battling investors for homes, because there simply isn’t enough supply to meet demand. As Realtor.com reports, investors are buying about 11% of the homes listed for sale, with buyers coming in from both coasts.

Real estate investors buying and holding cash flowing rental property for the long-term may find exactly what they’re looking for in Oklahoma City. According to The Oklahoman recently reported, investors spent nearly $1 billion buying apartment complexes in OKC last year, which may indicate a strong demand for single-family rental homes.

Oklahoma City is the capital and largest city in Oklahoma. Government, defense, and the natural resources sectors are the largest economic drivers in the region. Thanks to business-friendly government incentives to grow the job market, the aviation and aerospace, bioscience, financial services and international trade sectors are helping to keep the economy diverse and the housing market robust over the long term.

Keep reading to learn why rental property in Oklahoma City can be an attractive investment in 2022 and beyond.

The population of Oklahoma City has grown about 3 times as fast as Oklahoma, and almost twice as fast as the U.S. overall. According to the most recent survey by the U.S. Census Bureau, Oklahoma City grew by more than 17% over the past decade. As the mayor notes, the momentum is expected to bring more entrepreneurs, more employers, and more retail to the city.

The job market in Oklahoma City has grown right along with the population. Over the past 10 years, more than 330,000 new jobs were created in the metropolitan area, while the cost of living is still 14% below the national average.

The Oklahoma City real estate market continues to boom, with the number of single-family homes for sale down by nearly 50% compared to last year. According to the Journal Record, out-of-state investors and 1031 exchange buyers from the East and West coasts are purchasing homes to rent them out while getting a hedge against inflation.

Even though more new homes are being built than in the last seven years, demand for homes in Oklahoma City is still greater than the supply. With prices high and inventory low, over 40% of the households in OKC rent rather than own.

In fact, WalletHub ranks Oklahoma City as one of the top 70 best cities for renters. Factors used to rate the best markets for renters include activity in the rental market, overall affordability of renting, and quality of life.

Another reason the rental market in Oklahoma City and state remains strong is students and job seekers flocking to the metro area. Oklahoma is a very landlord-friendly state, helping to keep the rental market strong over the long term for real estate investors.

Reviewing the historic price change of housing and the affordability index are two of the many tools rental property investors in Oklahoma City use to forecast future investment performance.

Each month the Freddie Mac Home Price Index (FMHPI) report reveals the change in home prices for every major metropolitan area in the U.S. According to the most recent FMHPI for the Oklahoma City MSA:

Rental property investors can find housing affordability rankings and short-term changes of home prices in Oklahoma City from Kiplinger, one of the leading publishers of business and personal finance information in the U.S. According to the most recent report:

Oklahoma City is one of the best places for home buyers and investors. It’s also a perfect location for people looking for a great quality of life, according to News 4 TV in Oklahoma City.

Where to begin your search? Roofstock created a heat map of Oklahoma City based on our Neighborhood Rating, a dynamic algorithm that enables you to make informed investment decisions by measuring school district quality, home values, employment rates, income levels and other vital investment criteria.

Ready to invest in the Oklahoma City market? If you haven't already done so, create your free Roofstock account and set up alerts. We'll notify you when we have an Oklahoma City investment property that matches your search criteria. 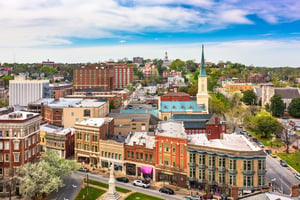