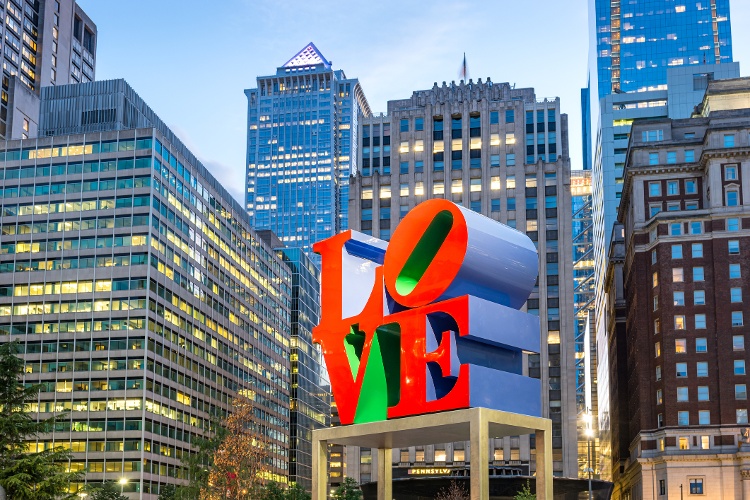 Competition and housing price increases in Philadelphia were “insane” last year, although the market may have begun to cool, creating potential opportunity for real estate investors in Philly. According to one local real estate expert speaking about buyers, “Now would be the best time for them to buy because it’s not as competitive” as it was the first part of the year.

Kiplinger Personal Finance ranks the city as one of the most affordable places in the U.S. to buy a house, even while the percentage of renters keeps growing.

Philadelphia – also known as “Philly” and “The City of Brotherly Love” - is the largest city in Pennsylvania, is the urban center of the 8th largest metropolitan area in the U.S., and is the economic and cultural core of the Delaware Valley. The city was founded in 1682 by William Penn, making Philadelphia one of the oldest municipalities in the country.

The economy of Philadelphia is one of the most diverse in the country, with key business sectors including financial services, biotechnology and health care, information technology, trade and transportation, oil refining, and food processing.

Keep reading to learn why the real estate market in Philadelphia is attracting rental property investors in 2022.

Philadelphia and the suburbs are driving population growth in the state, attracting new out-of-state residents and relocations from other parts of Pennsylvania. Over the past decade, the population of Philly grew by 5% while the suburban counties of Montgomery and Chester each grew by about 7%.

The economy in Philadelphia continues to show signs of recovery, with industries such as life sciences and the Center City District boosting economic growth.

Prior to the pandemic, the economy in Philadelphia had been expanding over the last several years, thanks to a growing job market, rising educational attainment, and a strong increase in residential building activity as developers struggled to meet the demand for housing in metropolitan Philadelphia.

As the economy and job market began growing again, the U.S. Bureau of Labor Statistics reports that the job sectors showing the fastest signs of rebounding include the construction, information, professional and business services, and leisure and hospitality sectors. 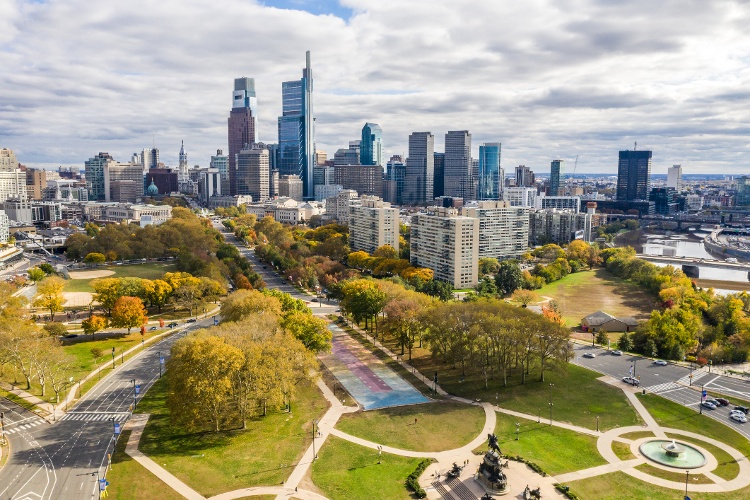 Investors focusing on workforce housing rental property may find Philadelphia to be the perfect match. As recent research from The Pew Charitable Trusts notes, housing prices and rents in Philly have historically been lower than other big cities.

But over the last few years, prices have been moving up, with more people deciding to rent instead of own. Over one-third of renters surveyed by Pew say renting in Philadelphia is more affordable than owning, with less hassle and stress.

Philadelphia is a real estate investor’s dream destination, according to an article on Auction.com. As the report notes, Philly’s strong and diverse economy, stable job market, and population growth are three of the many reasons for investing in the City of Brotherly Love.

Two key housing market statistics that real estate investors can analyze to help determine the present and future demand for rental property are the trend in home prices and the affordability of buying a house versus renting.

The most recent FMHPI from Freddie Mac for the housing market in the Philadelphia-Camden-Wilmington MSA:

The most recent housing affordability report from Kiplinger’s Personal Finance surveyed home prices in the 100 largest metro areas in the country. The survey uses an affordability scale of 1 to 10, with 1 being the more affordable market to buy a home in and 10 being the least affordable.

Philadelphia consistently ranks as one of the best places to visit in the U.S., and judging from the population, job growth, and unrivaled amenities in the metro area, it appears that once people come to Philly they decide to stay.

Where to begin your search? Roofstock created a heat map of Philadelphia based on our Neighborhood Rating, a dynamic algorithm that enables you to make informed investment decisions by measuring school district quality, home values, employment rates, income levels, and other vital investment criteria. 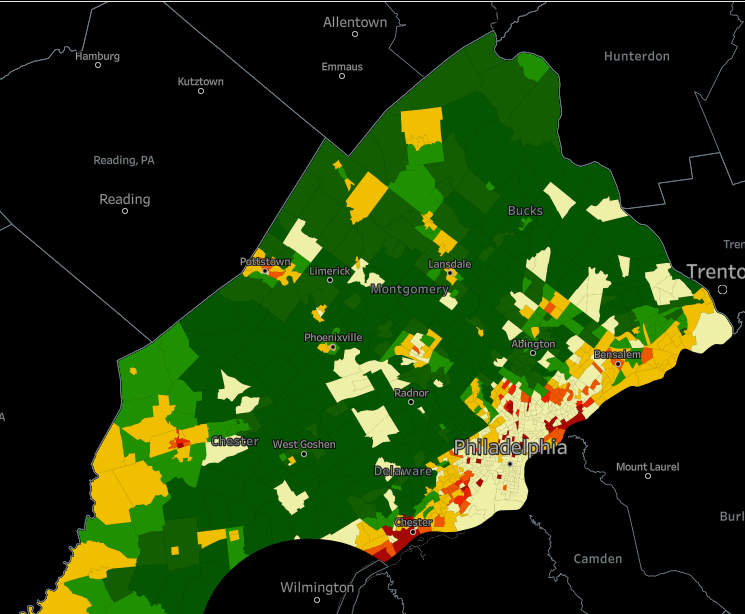 Ready to invest in the Philadelphia housing market? If you haven't already done so, create your free Roofstock account and set up alerts. We'll notify you when we have a Philadelphia, Pennsylvania investment property that matches your search criteria.