The Raleigh real estate market: stats and trends for 2022

A joint report from the Wall Street Journal and Realtor.com ranks Raleigh as one of the top 10 emerging housing markets for investors and homeowners alike, based on important metrics such as economic vitality, housing market, and quality of life. As the report notes, investing in Raleigh real estate (and other parts of the country) is a major store of wealth that is more widely held than stocks.

This southern metropolis is the capital of North Carolina and also the second-largest city in the state. Raleigh is home to world-class technology and life science institutions, artists who thrive on the area’s rich cultural history, and one of the tastiest food scenes in this part of the U.S.

Raleigh is one of those forward-thinking cities that’s able to balance business and development-friendly policies while creating a high quality of life for the people who live, work, and play here. In fact, Raleigh was recently named one of the top convention centers in all of North America.

Raleigh is forecast to gain over 9,700 net new jobs per year between now and 2028, boasting an annual job growth rate of 0.9%. According to the NC Department of Commerce, Raleigh - along with Charlotte and Wilmington - are projected to show the fastest job growth rates across all industries over the next 6 years.

In fact, Raleigh is ranked as one of the best metro areas for STEM (science, technology, education, mathematics) professionals by WalletHub. The determine the best markets for STEM professionals, the report looked at key metrics such as per-capita job openings for STEM graduates and median wage growth for STEM jobs. 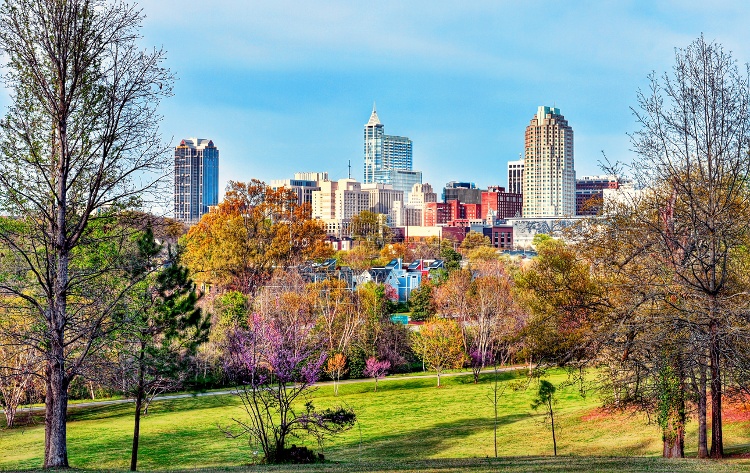 Northeast Raleigh is home to one of the hottest zip codes in the country for buying and selling homes. Zip code 27616 encompasses Triangle Town Center and the northern campus of Wake Technical Community College, with homes going under contract an average of just 5 days after being listed for sale.

Raleigh is listed by WalletHub as one of the best cities for renters in the U.S., based on key metrics such as share of renters and rental vacancy, rent-to-price ratio, and historical rental-price changes. Nearly 50% of the households in Raleigh are occupied by renters, with rents growing 13% year-over-year.

Real estate investors employ a variety of analytical tools to determine whether or not Raleigh is good for investing in rental property. Historical price changes of homes provide both a long- and short-term pricing trend, while affordability is one way to determine the potential demand for rental property in Raleigh.

Every month, Freddie Mac publishes a house price index that tracks the price changes of housing over the recent quarter and year, as well as historical pricing trends. According to the latest Freddie Mac House Price Index (FMHPI) report for the Raleigh MSA:

Kiplinger, one of the leading publishers of business forecasts and personal finance advice, uses ATTOM Data Services to compile home price changes and housing affordability of the top 100 U.S. markets.

Affordability ratings range from 1 to 10, and the lower the number the more potentially affordable a home is to purchase. However, investors should note that even in the most affordable markets many people choose to rent rather than own.

Raleigh consistently ranks as one of the best places to live, work, and play in the U.S. In fact, local news channel ABC 11 recently reported that for three years in a row Raleigh made the list of top three cities in the world for the best quality of life.

Where to begin your search? Roofstock created a heat map of Raleigh based on our Neighborhood Rating, a dynamic algorithm that enables you to make informed investment decisions by measuring school district quality, home values, employment rates, income levels, and other vital investment criteria. 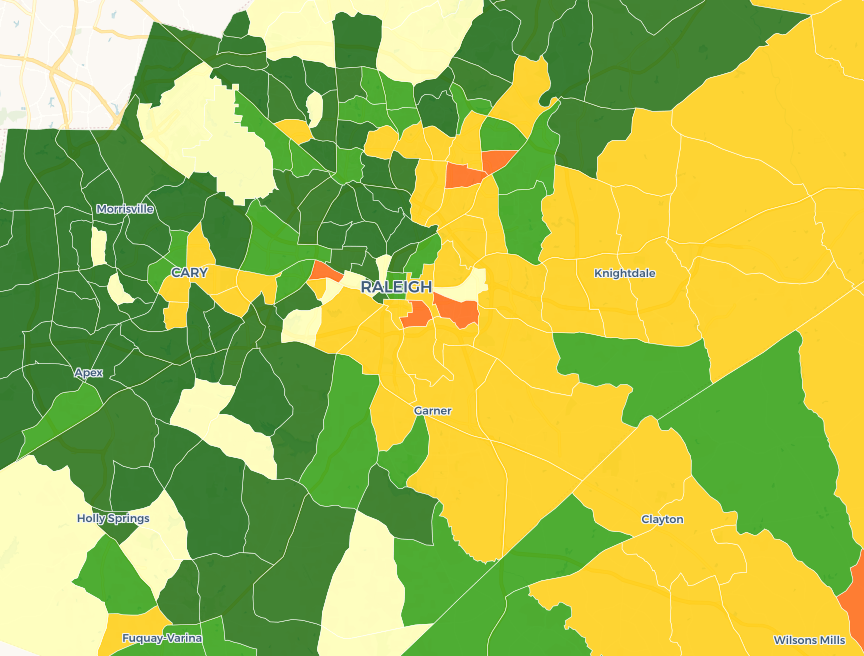 Ready to invest in the Raleigh market? If you haven't already done so, create your free Roofstock account and set up alerts. We'll notify you when we have a Raleigh investment property that matches your search criteria.