Tulsa was once known as the world’s oil capital and has since grown and diversified into a modern metropolitan area that’s still under the radar screen of many real estate investors. But don’t expect Tulsa to remain a secret for much longer, as the city was ranked by Forbes as the 4th hottest housing market in the U.S.

Situated in the “Green Country” region of Oklahoma, Tulsa lies along the Arkansas River between the foothills of the Ozark Mountains and the Osage Hills. Although the economy in Tulsa has traditionally been driven by the oil and energy industries, major industries now include aerospace, finance, manufacturing, and high tech. Google recently announced a new investment in the Tulsa metro area, and Amazon recently opened a new 600,000 square-foot fulfillment center in Tulsa.

Quality of life and a low cost of living and doing business are just three of the many reasons attracting investors to the Tulsa real estate market this year and next.

Tulsa County’s population has grown by 7.4% over the past 10 years, outpacing the statewide growth rate of slightly more than 5%. Although growth is beginning to level off, median household incomes and property values are on the rise, two fundamentals that help to make rental property a good investment in Tulsa: 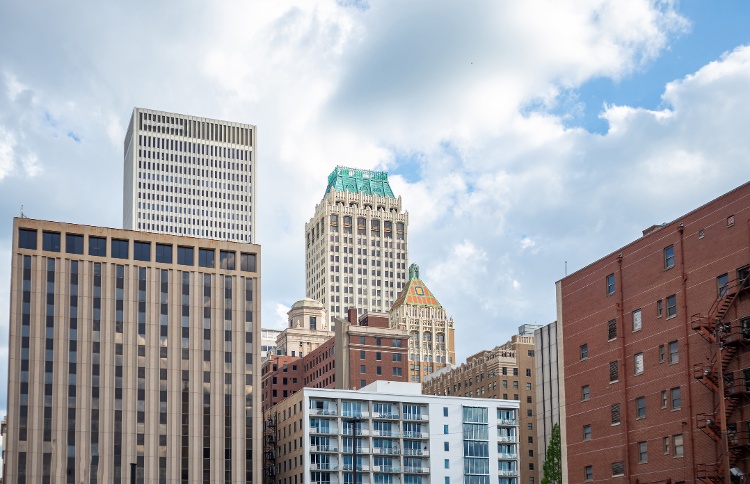 The job market in Tulsa continued to grow through all of last year, with the economy now just beginning to recover. Low rents, energy costs, and taxes help to make the cost of doing business in Tulsa 11% less than the U.S. average.

As the economy in Tulsa begins to recover, employment sectors showing the fastest signs of growth include construction, financial activities, education and health services, and leisure and hospitality (BLS Nov. 2020):

A quick look at the most recent statistics from the Greater Tulsa Association of Realtors show how hot the Tulsa real estate market really is. Homes are going under contract only 8 days after hitting the market, median listing prices are up 25% year-over-year, and homes in Tulsa are selling for the full asking price.

If you’re thinking about buying a rental property in Tulsa, you’ll be happy to know that the city is actively attracting millennial renters to the market. As Time points out, cities such as Tulsa are proactively offering remote workers thousands of dollars to relocate to the metro area via the Tulsa Remote program:

Two key data sets that real estate investors use to analyze potential markets for rental property investment are the historic change in house prices and the affordability of housing.

The most recent FMHPI index from Freddie Mac for the Tulsa, Oklahoma metropolitan area shows:

Housing affordability is another key criterion that real estate investors use to help predict the future demand for rental housing in the market.

Kiplinger recently published its report of home prices in the 100 largest metro areas to show how affordable housing is based on an affordability index of 1 to 10, with 1 being the most affordable and 10 the least affordable. Affordability is based on the percentage of annual income required to buy a median-priced home last year.

The housing affordability index of the Tulsa metropolitan real estate market is 2, making the region one of the most affordable places to own a home. Since the last real estate peak, home prices in Tulsa have increased by 17.6% and have grown by 30.6% since the last market bottom.

Based on the S&P CoreLogic Case-Shiller National Home Price Index, Kiplinger predicts that house prices will likely continue to rise steadily as surging demand puts more pressure on home values in Tulsa and the rest of the U.S.

Tulsa ranks among the top 100 best places to live, ranking higher than 1,000 other cities with populations of less than 1 million residents. Tulsa World notes the city is an affordable, under-the-radar city with a historic downtown and art scene that rivals cities twice its size:

Where to begin your search? Roofstock created a heat map of Tulsa based on our Neighborhood Rating, a dynamic algorithm that enables you to make informed investment decisions by measuring school district quality, home values, employment rates, income levels and other vital investment criteria.

Ready to invest in the Tulsa housing market? If you haven't already done so, create your free Roofstock account and set up alerts. We'll notify you when we have a Tulsa, Oklahoma investment property that matches your search criteria.