Why Investors Have Their Eyes on Winston-Salem's Real Estate Market 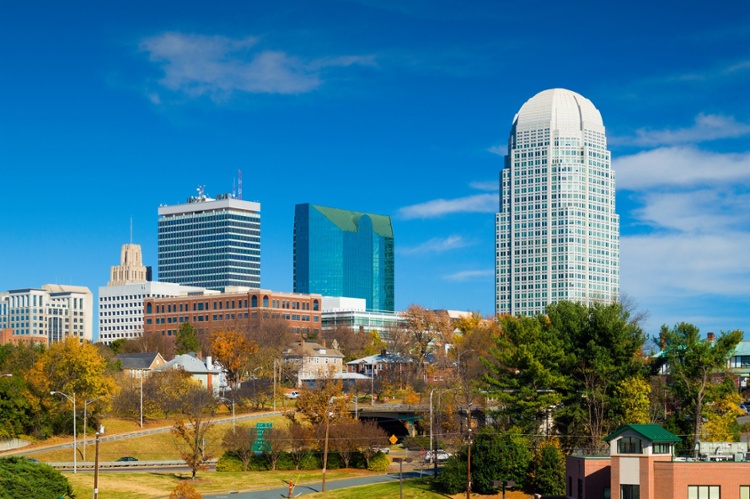 If the performance of the rental real estate market in Winston-Salem is anything like last year, 2021 should be great for investors.

Last year, the Triad of Winston-Salem and Greensboro was the 4th-best market for rent increases, according to the Triad Business Journal. Rents in Winston-Salem are still continuing to rise, with the average rent up 5% year-over-year.

The region’s dynamic economy, growing population and job market, and strong demand from tenants are just a few of the factors driving the rental property market in Winston-Salem.

Industry sectors include agriculture and textiles, manufacturing, nanotech and biotech, and numerous corporate headquarters. Cost of living is well below the national average, and median home values in Winston-Salem are some of the most affordable in this part of the country.

Keep reading to learn investors are considering Winston-Salem in 2021.

Although the rate of population growth in the city is 5th in the state, the number of new residents moving to Winston-Salem is very impressive. According to the Winston-Salem Journal, about 16,700 new people moved to the area over the last eight years, while last year the population in Winston-Salem grew by 0.56%. 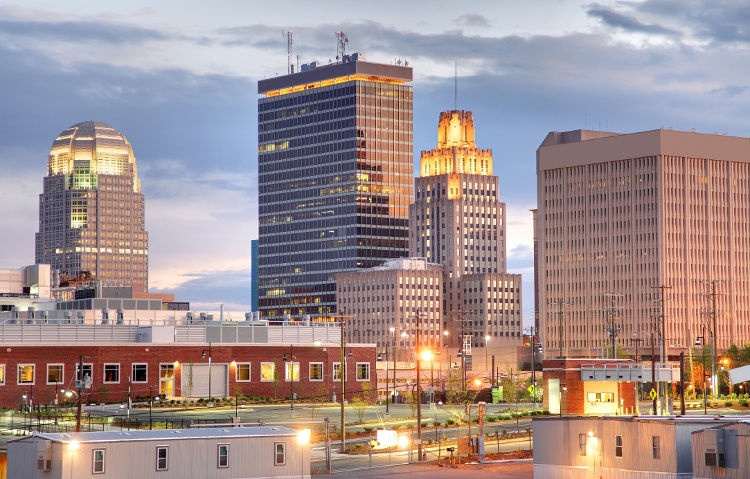 Winston-Salem was projected to be in a four-way tie for the 6th-best city for net job creation this year, according to Spectrum News. As the economy begins to recover, that could still very well be the case.

According to the U.S. Bureau of Labor Statistics (BLS) employment sectors in Winston-Salem showing the biggest signs of growth include information technology, trade and transportation, financial activities, and government.

About a year ago, the NAR’s chief economist Lawrence Yun said that “Southern cities should once again do better than most other markets” in new and existing home sales. Fast forward to today, and by most measures Winston-Salem has done exceptionally well.

In fact, WalletHub recently ranked Winston-Salem among the best places to buy a house based on key criteria such as real estate market activity, affordability, and economic environment. 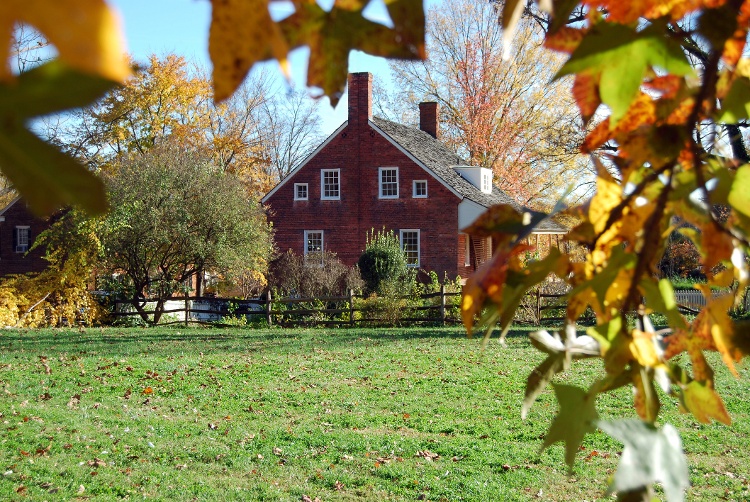 Winston-Salem is rated by WalletHub as one of the best cities for renters in the U.S. The metro area comes in at #54 on the list of best rental markets based on investment criteria such as rental market activity, affordability, and quality of life.

Each month the Freddie Mac Home Price Index (FMHPI) report shows the most up-to-date data on the change in home prices for all markets across the U.S. The most recent FMHPI from Freddie Mac for the Winston-Salem MSA shows:

The HAI (housing affordability index) is used by investors to identify markets that may be good for rental property. The Index compares median family income to median single-family resale home prices in a market to determine how affordable it is to buy a home.

However, the HAI doesn’t take into account lifestyle preferences of people preferring to rent or the general availability of housing. So, even though a market may have an affordable index, that doesn’t necessarily mean that more people will buy than rent.

The Housing Affordability Index from the National Association of Realtors uses 100 as a baseline affordability index number. The greater a market’s HAI is above 100, the more affordable a market is, everything else being equal.

Based on the NAR’s latest report, the HAI for the Winston-Salem MSA was 195.0 in 2018, the most recent year available. This means that the median family has a little less than twice the income needed to purchase a median priced, single-family resale home in the Winston-Salem metro area. 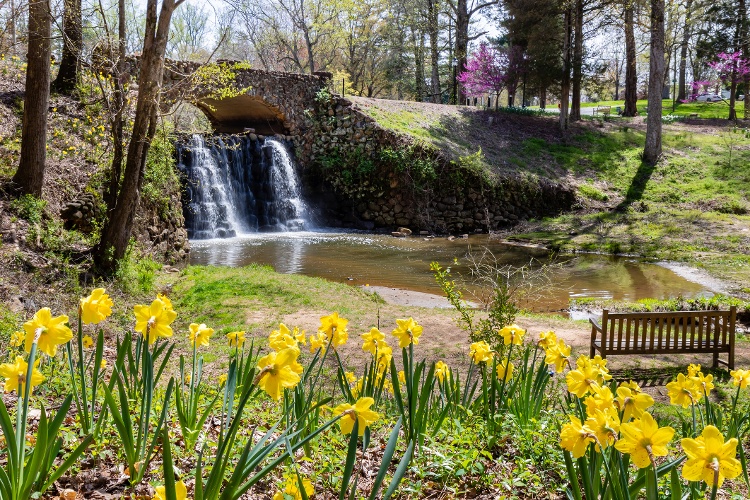 Winston-Salem has managed to steadily grow over the years while still maintaining its Southern charm and friendliness. The city is located between the Blue Ridge Mountains and the Atlantic Ocean, and is the perfect place for entrepreneurs, professionals, seniors, and retirees.

Where to begin your search? Roofstock created a heat map of Winston-Salem based on our Neighborhood Rating, a dynamic algorithm that enables you to make informed investment decisions by measuring school district quality, home values, employment rates, income levels and other vital investment criteria. 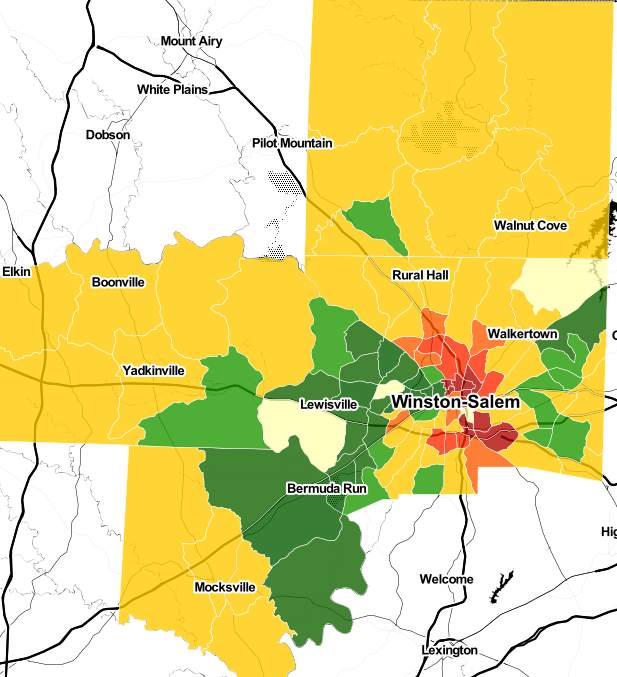 Ready to invest in the Winston-Salem housing market? If you haven't already done so, create your free Roofstock account and set up alerts. We'll notify you when we have a Winston-Salem investment property that matches your search criteria.