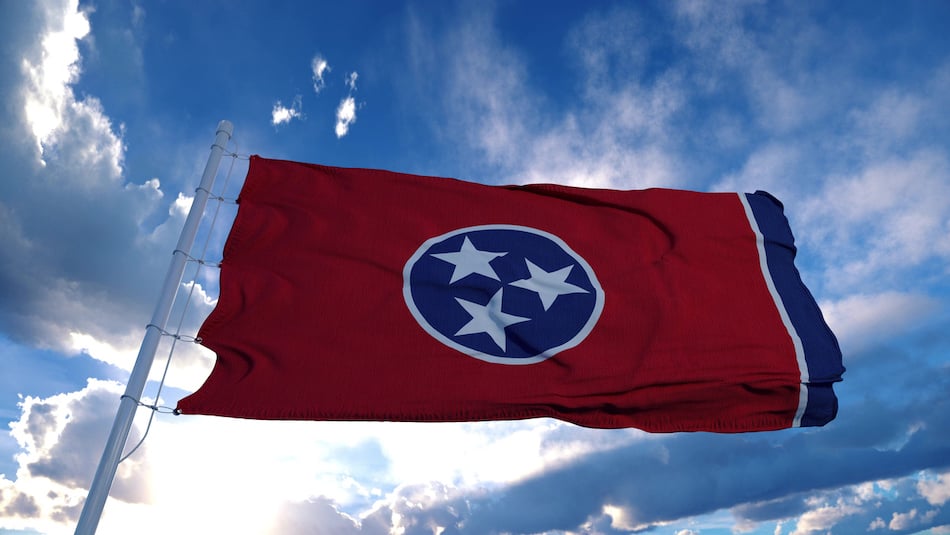 Tennessee is home to 2 real estate markets to watch this year, according to Realtor.com.

Knoxville is ranked as one of the top 10 undervalued markets, based on fundamentals like price-to-income ratio and job growth. Johnson City is listed as an emerging housing market real estate investors may wish to keep an eye on.

The Volunteer State is home to nearly 350 municipalities and more than 6.9 million residents, offering potential investment opportunities in small towns, such as Hendersonville, to large cities, like the capital, Nashville. Median home sale prices in Tennessee have increased by more than 24% year over year, while median rents for a 3-bedroom home in some of the best rental markets have grown by around 20% or more.

Here are 10 Tennessee rental markets in which to consider purchasing an investment property, including some places where 50% or more of the households are renter-occupied.

Why consider investing in Tennessee?

The most recent Tennessee Quarterly Business Report (Q4 2021) reveals that nonfarm employment in the state is nearing prepandemic levels, with 355,000 workers added back to payrolls since the spring of 2020. In addition to a strong economy, between 2010 and 2020, the state added nearly 600,000 new residents, according to the U.S. Census Bureau.

Strong in-migration and a robust job market may be 2 reasons Realtor.com recognizes Knoxville as one of the top undervalued markets and Johnson City as an emerging housing market in Tennessee.

In Tennessee, median home prices increased by over 24% year over year, with nearly half of the homes selling for above the list price. The demand for rental property is also strong in many cities across the state. In some of the top Tennessee rental markets, 40% or more of the households are occupied by renters, with annual rent prices increasing by double digits. 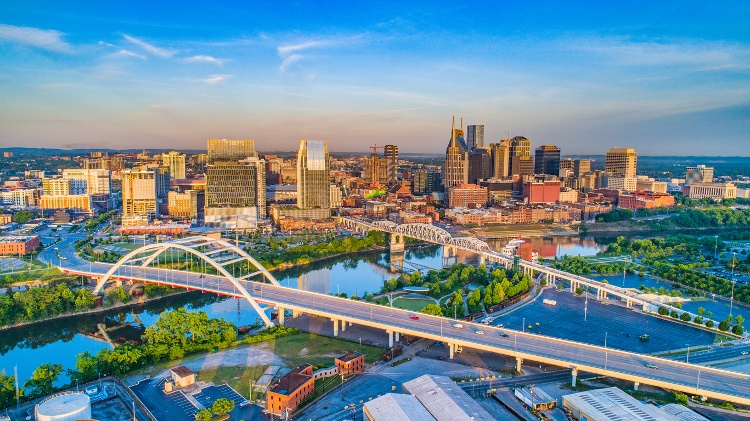 According to Redfin, the median sales price of homes in Tennessee is up 24.4% year over year (as of March 2022), with more demand for property than there is supply. The number of homes for sale fell by 12.8% over the past year, while nearly half sold above list price.

Here are 10 cities in Tennessee to consider for an investment property. Housing market data is from Redfin and Realtor.com, rent data is from Zumper, population and income information is from CensusReporter, and the United States Census Bureau provided 10-year population growth statistics.

Nashville is the capital of Tennessee and home to extensive residential areas, a vibrant downtown, pro sports teams, and plenty of music. The economy is solid and robust, with growth powered by the health-care, banking, transportation, and music and publishing industries. Located in north-central Tennessee, the region is home to 10 colleges and universities, including Tennessee State University and Vanderbilt University:

Memphis is located in the southwestern corner of the state along the shore of the Mississippi River. The city, the second-most populous in Tennessee, is home to dozens of historic neighborhoods and is nicknamed the "Home of the Blues”:

According to the Knoxville Chamber, Knoxville has been ranked among the top 100 cities in the U.S. to live, boasts a cost of living nearly 18% below the national average, and graduates 19,000 degreed professionals each year. Located in eastern Tennessee, the city is one of the largest in the Appalachian region and is named as one of the 10 most undervalued housing markets by Realtor.com:

Chattanooga is located along the Tennessee River, with a metropolitan area that includes northwest Georgia and northeast Alabama. The city is a transportation hub for the southeastern U.S. and is fewer than 200 miles from Atlanta, Knoxville, Nashville, Huntsville, and Birmingham:

Located about 40 minutes from Nashville, Clarksville is home to Austin Peay State University and Fort Campbell U.S. Army post, the site of the 101st Airborne Division. The city is known for its vibrant downtown and cultural scene and roomy suburban neighborhoods:

Murfreesboro is located in the middle of Tennessee, less than an hour from Nashville. The city is home to Middle Tennessee State University, one of the fastest-growing universities in the state, and offers a wide variety of residential options. Since 2010, the population of Murfreesboro has soared by more than 40%:

Franklin is one of the principal cities in the Nashville metropolitan area and is located in the fastest-growing county in Tennessee. The Franklin area is home to Nissan North America, Tractor Supply Company, Mitsubishi Motors of North America, and many historic buildings and neighborhoods. Since 2010, the city's population has grown by more than 33%:

Located in the northeastern corner of the state, Johnson City has received numerous accolades, including being listed as having one of the 10 most diversified metro economies and among the top 5 retirement destinations in the country. Realtor.com also lists Johnson City as one of the top 20 emerging housing markets for this year:

Jackson is the second-largest city in west Tennessee and is located midway between Memphis and Nashville. The city is a transportation hub within a day's drive of 76% of the country's population, and home to institutions of higher education, including Jackson State Community College and the University of Memphis at Lambuth:

Hendersonville is a suburb of Nashville located a few minutes northeast of the city. Although small in size, the city is home to an energetic music scene, with past and current residents including Johnny Cash, Roy Orbison, Conway Twitty, and Taylor Swift: