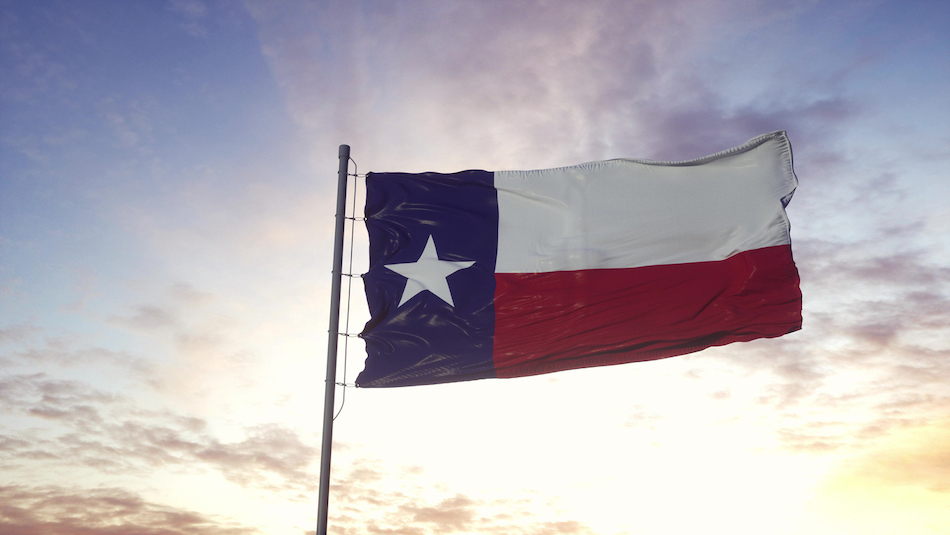 According to the latest CoreLogic report, Austin, Texas; Dallas; and Houston are among the top 20 metropolitan areas for the highest single-family rent (SFR) change year over year.

The report analyzed SFR growth across 4 rental price tiers in nearly 100 metropolitan areas. Demand for rental property in Texas is driven by various factors, including a robust job market, strong in-migration, a lower cost of living, and business-friendly climates.

The most recent snapshot of the state’s economy reveals that the job recovery rate in Texas since the peak pandemic impact is 115%. In March 2022 alone, the state added more than 30,000 nonagricultural jobs, and travel spending in Texas recovered at a faster rate than the rest of the U.S. for all of last year.

In Texas, home sale prices have increased by nearly 20% year over year, while median rents for 3-bedroom homes in some cities grew by 15% or more over the past 12 months. Here are 10 Texas real estate markets in which to consider purchasing an investment property, including some towns where renters occupy more than 50% of the households.

Why consider investing in Texas?

According to the Texas Economic Snapshot report released by the Office of the Texas Governor, the state continues to lead the nation in an economic resurgence and is home to one of the most diverse and robust economies in the country.

Between 2010 and 2020, Texas added nearly 4 million new residents, boasting a population growth rate of 16%. Strong in-migration and a thriving economy are 2 of the many factors driving the demand for rental property in Texas.

Median home prices in Texas increased by nearly 20% year over year, with more than half of the homes selling for above the list price. In addition, in many of the top Texas rental markets, 40% or more of the households are occupied by renters, with rent prices increasing by double digits year over year. 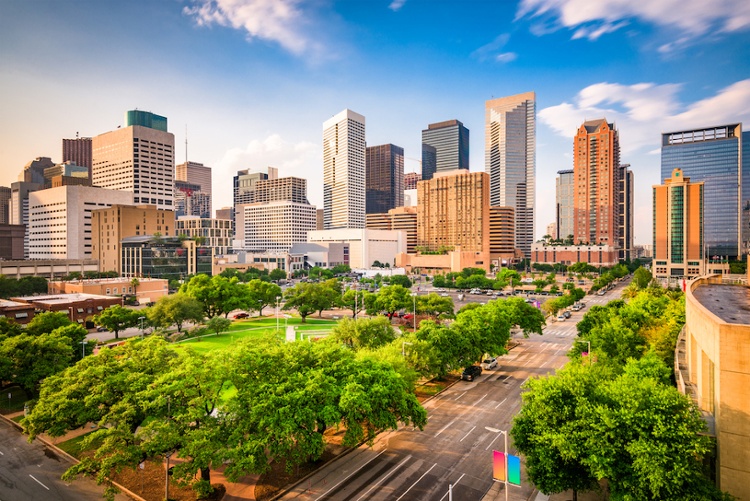 According to Redfin, home prices in Texas were up nearly 20% as of March 2022. Over the past year, the number of homes for sale in the state dropped by 10%, while more than 50% of homes are selling for above asking price and likely received multiple offers.

Here are 10 cities in Texas to consider for an investment property, using Redfin and Realtor.com for housing market data, Zumper for rent data, CensusReporter for population and income information, and the United States Census Bureau for 10-year population growth.

Located in Southeast Texas near the Gulf of Mexico, Houston is the most populous city in Texas and one of the most expansive in the U.S., covering an area of over 600 square miles. The metropolitan area is home to over 2 dozen Fortune 500 companies, including Phillips 66 and KBR, and one of the largest ports in the country:

San Antonio is located in south-central Texas, a short distance from Austin and Houston. The city is the second-most populous in the state, home to the Alamo, and recently went “all in'' on a $55 billion economic development plan to create 140,000 jobs over the next few years:

Dallas is the most populous city in the Dallas-Fort Worth metroplex and is home to a diverse economy, including information technology, telecommunications and transportation, and financial services. Since 2010, over 100 major companies have relocated their headquarters to the Dallas region:

Lately, it seems like everyone is moving to Austin. Between 2010 and 2020, the metro area population soared by nearly 22% and grew by another 7% last year alone. Nicknamed “Silicon Hills,” Austin has seen a brisk influx of high technology and development companies, including Tesla, Google, IBM, Facebook (Meta), Amazon, and Apple:

Fort Worth is the second-most populous city in the Dallas-Fort Worth metroplex and the fourth-most populous metro area in the U.S. Originally founded as the center of the Texas Longhorn cattle trade, the metro area is now home to a diverse economy with a low cost of living, high quality of life, and a business-friendly climate:

Located in southwestern Texas along the Rio Grande River, El Paso is part of the Tri-City Borderplex with Las Cruces, New Mexico, and Ciudad Juárez, Mexico. El Paso is a major transportation hub with a diversified economy and state-of-the-art educational and medical facilities:

Arlington is the middle city of the Dallas-Fort Worth metroplex. Despite its small size, the city is home to a vast array of businesses and education and research facilities, including General Motors, GM Financial, JPMorgan Chase, D.R. Horton, and the University of Texas at Arlington:

Corpus Christi has a subtropical climate similar to Northern Florida but with less rainfall. In addition to beautiful weather, Corpus Christi boasts exceptional educational opportunities and a strong economy, with $52 billion in economic investment in the region since 2011:

Plano is part of the Dallas-Fort Worth metroplex and has been ranked one of the best cities for buying a house in America by Niche.com. Plano is part of a diverse and booming metropolitan area, and home to some of the largest headquarters of major corporations, including Toyota Motor North America, Rent-A-Center, Pizza Hut/Wing Street, and Cinemark Theatres:

Laredo is located in South Texas along the Rio Grande River, across from Nuevo Laredo, Mexico. The city is a major center for transportation and international trade, the largest inland port in the U.S., and home to Texas A&M International University: