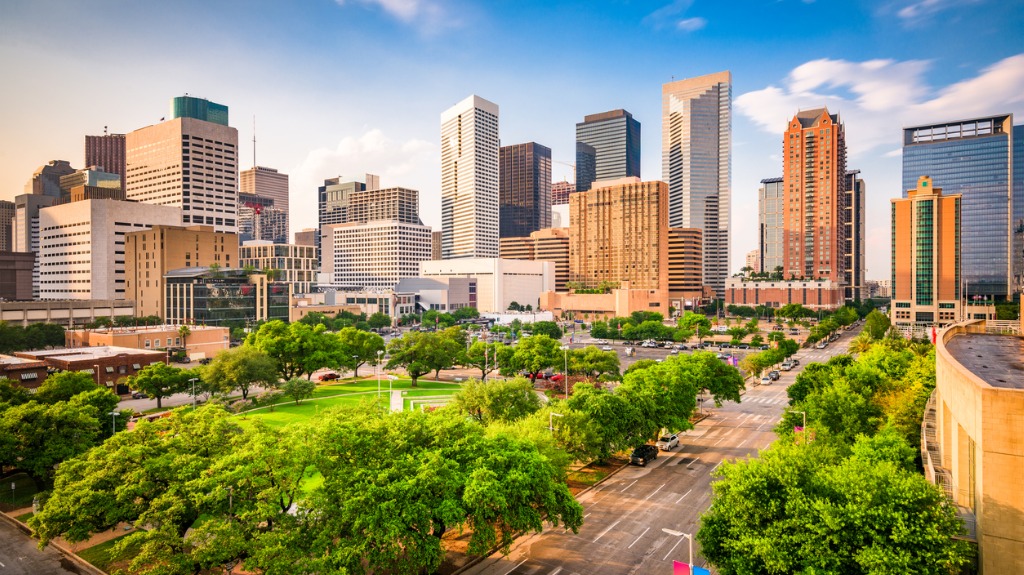 The Metropolitan Statistical Area (MSA) of Houston–The Woodlands–Sugar Land is currently the fifth most populous MSA in the U.S., and predicted1 to climb above 7 million in 2018. Houston alone is the most populous city in the state of Texas, forecasted2 to surpass Chicago as the country's third most populous by 2030.

In an outlook ranking3 by international business consulting firm AT Kearney, Houston is classified as a global city (a significant hub in the global economic system) and a world leader in GDP per capita. The area is experiencing modest economic expansion4 following the oil and gas downturn, fueled by rapid diversification5 from its strong energy base. This entrepreneurial-friendly city is also climbing national rankings on the Kauffman Index6 as a startup hub.

The Greater Houston Metro Area offers modest average entry points ($183K)11 for real estate investment properties in a region with rapid suburb growth12 and above-average forecasted household growth of 2.475%13.
The Houston investment and income property market is expected to maintain its current 11% average gross rental yields through 2020, compared to an expected 8.4% average across 63 major U.S. single-family rental markets.
Looking at the economic landscape, more than 29,000 new jobs15 are forecasted for 2017, with growth16 in a number of non-energy and consumer-driven sectors offsetting losses in sectors closely tied to energy. In 2018, the region is expected to return to a long-term trend17 of adding 60,000 jobs each year. Current and forecasted average job growth rates, of 1.4% and 1.075% respectively, are on par with national averages.18

Additionally, Houston is ranked7 as one of the youngest8, most racially and ethnically diverse9 areas in America, and considered a great place to raise a family. The Bayou City, as it has been nicknamed, is currently No. 20 out of 100 on the U.S. News & World Report's Best Places to Live 2017 rankings10, with an overall score of 7/10.