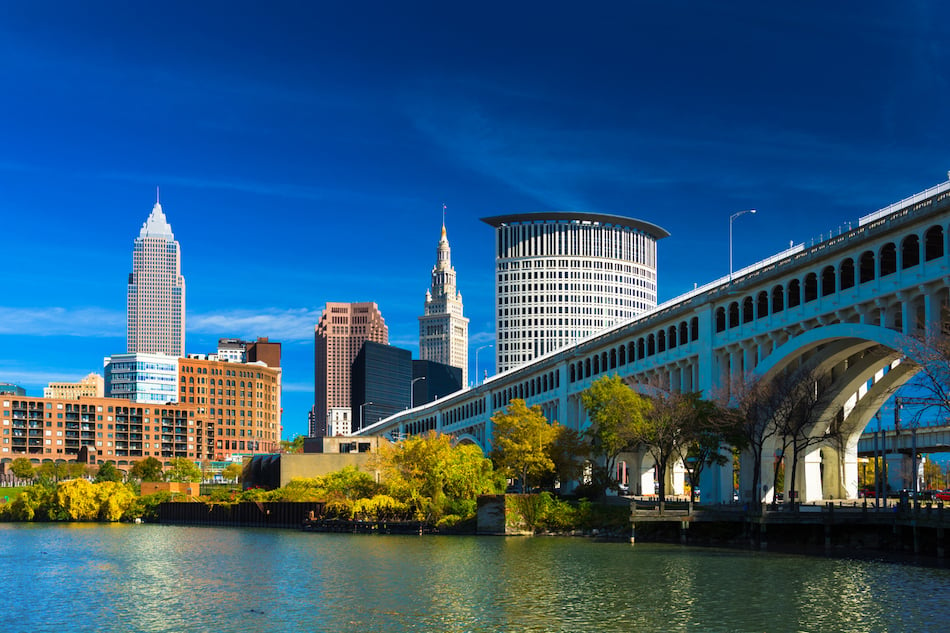 Cleveland is ranked as one of the best places to buy a rental property this year for investors seeking a balanced blend of cash flow and appreciation. Home values have increased nearly 23% year over year as of December 2021, according to Zillow, and many of the best neighborhoods in Cleveland have more residents who rent rather than own.

Although Cleveland used to be known as a manufacturing town, the economy has evolved into a well-balanced blend of high-tech, service, and blue- and white-collar employment.

We recently looked at Cleveland neighborhoods in which to find great investment properties..

Why invest in Cleveland?

A recent study by the Cleveland Foundation revealed that Cleveland has a fast growing population, including recent graduates.

According to Zumper (as of February 2022), 55% of the housing units in Cleveland are renter-occupied, with rents for 3-bedroom homes up 12% year over year.

Cleveland is home to over 2 million residents living in 40 neighborhoods, so it can be difficult to know where to look first. To ease your search, we’ve put together a list of 15 neighborhoods to investigate for investment property. Specific data on each neighborhood comes from Realtor.com, Niche.com, and Redfin as of December 2021.

Located south of Downtown Cleveland, Old Brooklyn is a good neighborhood for investors looking for an entry-level home. The neighborhood is ranked by Niche.com as the seventh best in Cleveland and has a dense suburban feel:

The Jefferson neighborhood in Cleveland is west of Downtown, near West Boulevard, another popular neighborhood. Jefferson has a dense suburban feel, and nearly half of the residents rent their homes:

Home prices in the Ohio City neighborhood are a bit higher than other popular neighborhoods in Cleveland, which may be one reason more residents here rent than own. Bordering Lake Erie and adjacent to Downtown, the neighborhood has a mixed urban-suburban feel:

Even though home prices in North Collinwood are relatively low, there are still more residents who rent rather than own. The North Collinwood neighborhood is located east of Downtown, along the lakefront and has a mixed urban-suburban feel:

Located south of the city along I-77, the South Broadway neighborhood’s home prices are relatively affordable, and more residents rent than own. The neighborhood has a sparse suburban feel:

Downtown Cleveland is top ranked by Niche.com. Rent prices here are among the highest in the city, and nearly everybody rents rather than owns:

Located south of Downtown, next to the Ohio City neighborhood, Tremont is another neighborhood with a high percentage of renters. The neighborhood is ranked as the third best in Cleveland:

Edgewater is located along the lakefront, adjacent to the Detroit-Shoreway neighborhood and just west of Downtown. The neighborhood is rated highly by Niche.com, and has a high percentage of renters:

Located between Edgewater and Ohio City, the Detroit-Shoreway neighborhood has a dense suburban feel. Ranked as the eighth best neighborhood in Cleveland, the area receives high grades from Niche.com. It also has a high percentage of renter-occupied households:

The West Boulevard neighborhood is located just south of the I-90/Northwest Freeway, adjacent to the popular Jefferson neighborhood. The area has a dense urban feel, and is another neighborhood where more people rent than own:

Glenwillow is a small suburb southeast of Cleveland. The neighborhood has a sparse suburban feel and is ranked by Niche.com as the second best place to raise a family in the Cleveland area:

The Riverside neighborhood is located southwest of the city, on the other side of the Cleveland Hopkins International Airport. The neighborhood has a sparse suburban feel and is home to a lot of coffee shops and parks:

Home prices in the Puritas-Longmead neighborhood are relatively affordable, and the area has a good percentage of renters. Located next to Riverside, the neighborhood has a sparse suburban feeli:

Cleveland Heights is a suburb of Cleveland located east of the city andhas a mixed urban-suburban feel: