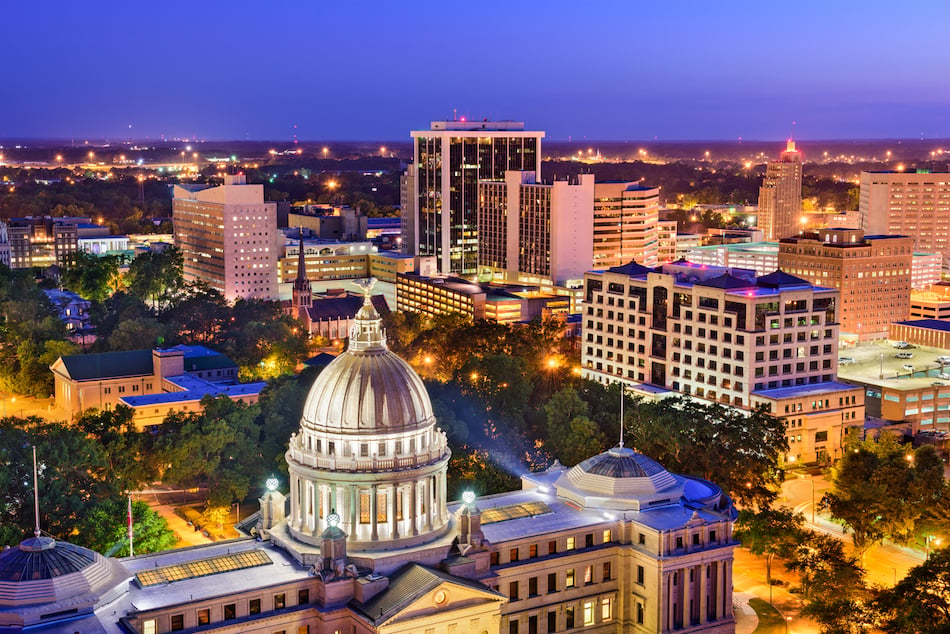 Buy-and-hold real estate investors looking for a market with slow and steady growth might want to take a closer look at Jackson, Mississippi. Sales transactions are predicted to increase by about 5%, while prices are expected to rise by just 3.5%, according to the Realtor.com Housing Forecast 2022.

Even though median sales prices in the metro area are less than $162,500, Jackson is a popular area for renters. In some suburbs of Jackson, 50% or more of the households are occupied by renters.

Located along the Pearl River near the south-central part of Mississippi, Jackson is the state capital and home to dozens of colleges and universities. Unemployment has been consistently declining, and there’s a strong demand for both blue- and white-collar jobs in areas like energy, information technology, and tourism.

Why invest in Jackson, Mississippi?

The job market in Jackson is also strong and steady. Unemployment is down to 2.8% as of December 2021, and there are still hundreds of job openings in Jackson but not enough workers to fill them. According to a recent report from WJTV 12 News, some of the hottest jobs are in health care, manufacturing, transportation, information technology, food service, and hospitality.

Even though housing prices in Jackson, Mississippi are still relatively affordable, about 50% of the residents in the metropolitan area rent their homes. Zillow shows that home values increased by nearly 32% over the past year (through Feb 2022), while Zumper notes that median rents for 3-bedroom rentals increased 2% year over year. 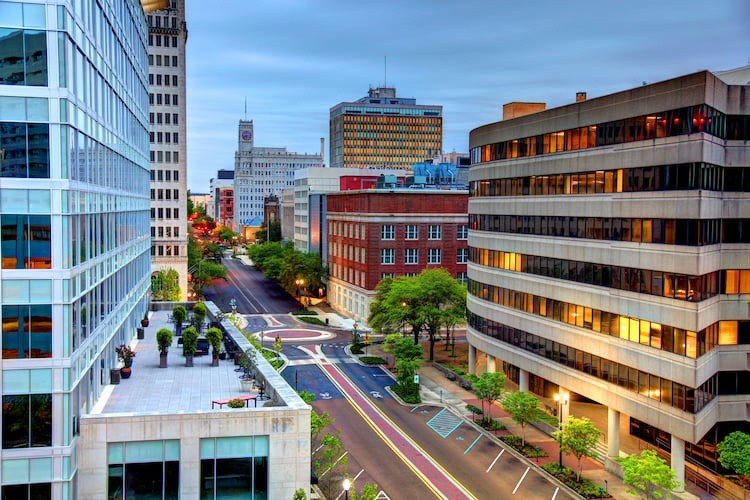 Jackson is one of those rare real estate markets where multiple offers are rare, home prices are still relatively affordable, and homes on average are actually selling below listing prices.

According to Redfin (February 2022), the “hotness” of the Jackson housing market is ranked 15 out of 100, with 100 being steaming hot and 0 being freezing cold.

Median sales prices of homes in the Jackson metropolitan area have increased by more than 13.3% year-over-year. The sales-to-list price ratio is currently 93.9%, and homes on average are selling for 5% below the asking price. Homes for sale in Jackson typically go under contract in about 21 days, although hot homes can go pending in around 5 days.

Here are 15 areas in and around Jackson, MS, in which to consider buying investment property, beginning with Jackson itself. Neighborhood-level data comes from Redfin, Realtor.com, and Niche.com.

The suburb of Ridgeland is located 15 minutes north of Jackson, just south of the town of Madison, near the Ross R. Barnett Reservoir. Ridgeland has a dense suburban feel, with 50% of residents renting their homes, and is ranked by Niche.com as the second-best place to live in Mississippi:

Flowood is a suburb of Jackson located less than 9 miles northeast of the city, near the intersection of I-20 and I-55, just south of Ridgeland. Flowood has a dense suburban feel and is also a popular town for renters:

Madison is ranked as the best place to live in Mississippi by Niche.com. Located 20 minutes north of Jackson via I-55, immediately north of Ridgeland, the city has a dense suburban feel and is located in one of the fastest-growing counties in the state:

The suburb of Brandon is less than 20 minutes east of Jackson along Interstate 20. Brandon has a sparse suburban feel and is known for its large-city amenities and small-town charm:

Suburban Clinton is the tenth largest city in Mississippi and is located about 11 miles northwest of Jackson via I-20. Clinton has a sparse suburban feel and is an area near Jackson where one of 3 households are occupied by renters:

The suburb of Pearl is 10 minutes southeast of Jackson, located on the east side of the Pearl River. Pearl is situated along 4 major transportation arteries in Mississippi, and more than one-third of residents rent their homes:

Byram is 11 miles south of Jackson along I-55, a short drive from the Merit Health Center. The town has a sparse suburban feel and is ranked among the best places to live in Hinds County, one of the 3 counties that make up the metropolitan area:

The suburb of Canton is 30 minutes north of Jackson and is home to the third Amazon fulfillment center in the state, scheduled to open by the end of 2022. The town has a sparse suburban feel, and most residents rent their homes:

Richland is located a few minutes south of Jackson along Highway 49, near the towns of Florence and Pearl, and has a sparse suburban feel:

The small town of Florence is a suburb of Jackson located 20 minutes south of the city along Highway 49, just east of Cleary. Florence has a suburban-rural feel and is ranked as a very competitive housing market by Redfin, with homes going pending in around 3 days, many with multiple offers and waived contingencies:

Cleary is located 20 minutes south of Jackson via Old Highway 49 S, between Byram and Florence. The small town has a rural feel and is ranked by Niche.com as the second-best suburb to buy a house in Mississippi: 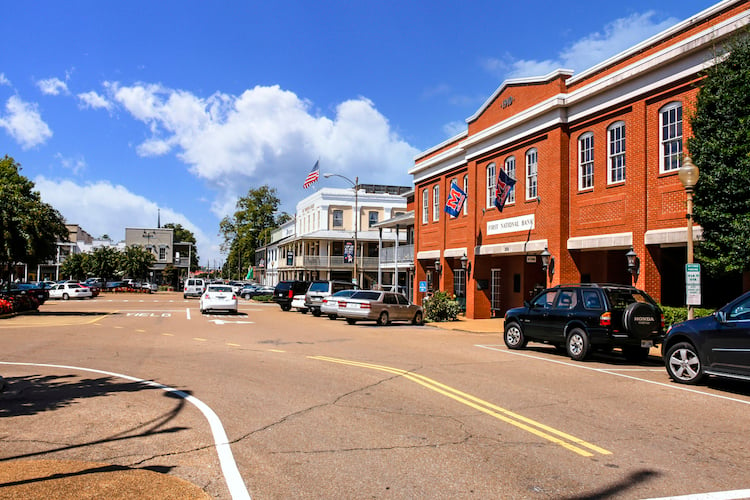 The small suburban town of Raymond is less than 30 minutes west of Jackson and is home to the main campus of Hinds Community College. Raymond has a sparse suburban feel and a large percentage of renter-occupied households:

Morton is 40 minutes west of Jackson, bordered by Farris Municipal Park on the north and Roosevelt State Park on the south. Morton has a suburban-rural feel, with 50% of residents renting their homes:

Located less than an hour southeast of Jackson via Highway 49, Magee is known as a small city with a big heart, boasting a healthy business climate and good schools and health-care services. Magee has a suburban-rural feel and a large percentage of renter-occupied households: