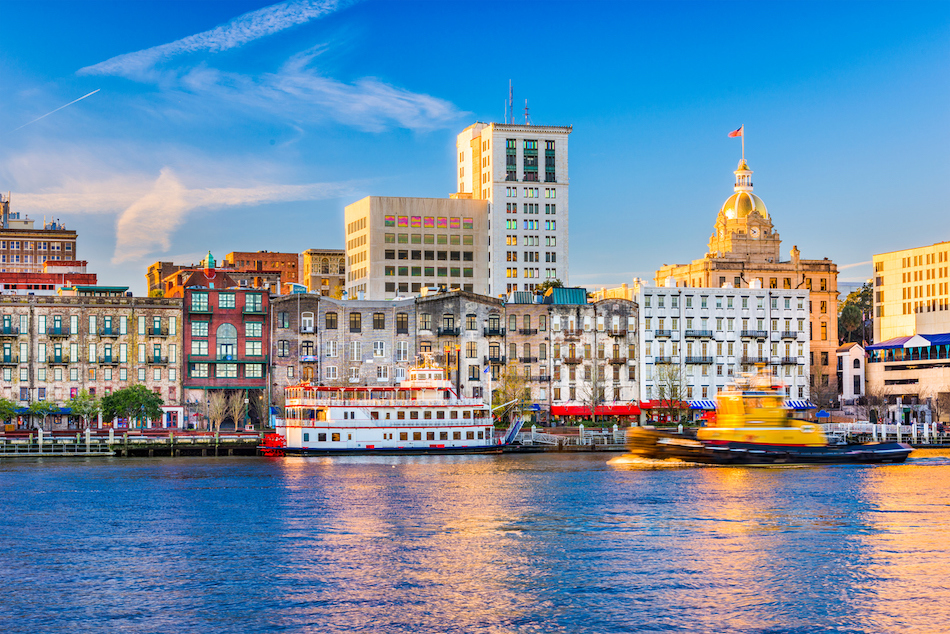 Northerners were snapping up houses in Savannah last year, and, based on recent market reports, that trend is still continuing today. Realtor.com ranks Savannah as a seller’s market, which means there are more people looking to buy homes than there are homes available.

Population and job growth in Savannah are keeping the housing market strong and steady. Median home values increased by 25% over the past year, while monthly rents for 3-bedroom homes grew by 15%.

In this article, we’ll take a closer look at 15 Savannah areas in which to find great investment properties, including some suburbs of Savannah where more than half of residents rent their homes.

Why invest in Savannah, Georgia?

Investors looking for rental property in a market where the population is growing and the economy is strong may want to give Savannah a closer look.

According to a recent report from local news station WJCL, Savannah is among the fastest-growing areas in Georgia, with new residents flocking to the city in droves. Over the past 10 years, the population of Savannah has increased by 8.4%, while suburban Bryan County grew by almost 50%.

The economy of Savannah is robust as well. Unemployment is down to 2.3% (Bureau of Labor Statistics as of December 2021), and local economists are optimistic that consumer spending, employment, and the demand for housing will keep growing in the years ahead.

Population and job growth are keeping the demand for rental housing in Savannah strong. Zumper reports that 54% of households are occupied by renters, while rents for 3-bedroom rentalfs increased 15% year over year (as of February 2022). 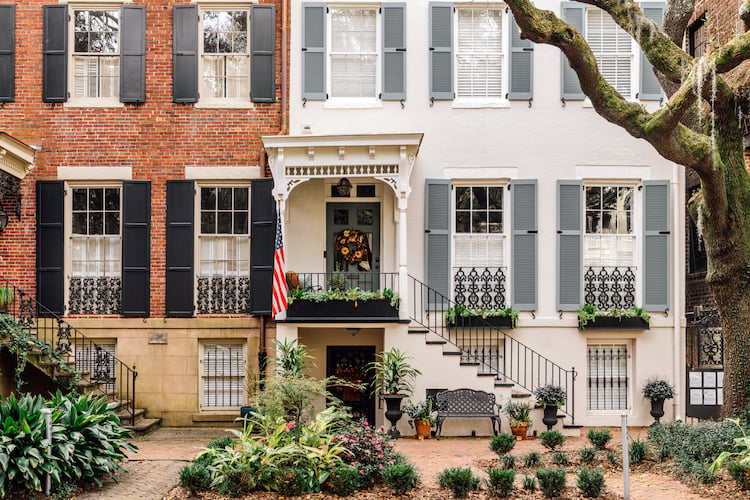 Although Savannah is still rated as a seller’s market, according to Realtor.com (as of January 2022), investors may have the opportunity to purchase a rental property in Savannah without getting involved in a bidding war.

The sale-to-price ratio is 100%, which means that homes are selling for approximately the listing price, on average, and going under contract a median of 50 days after being listed. Median listing prices for homes in Savannah were flat year over year, while median sold prices are gradually trending upwards.

There are dozens of Savannah neighborhoods and suburbs in which to look for investment properties, with prices ranging from $15,000 to $5,000,000. Here are 15 areas worth taking a closer look at, with neighborhood-level data provided by Realtor.com, Redfin, and Niche.com.

Over 50% of residents in Savannah rent their homes, making the city a good place to consider. Savannah has a dense urban feel, with a lot of dining and entertainment options, and is home to one of the largest historic landmark districts in the U.S.:

The small town of Henderson is 3 miles west of Savannah, near the suburb of Georgetown. Henderson is adjacent to the Chatham County Wetlands Preserve, has a sparse suburban feel, and is a suburb where more than half of residents rent their homes:

Tybee Island is a barrier island at the mouth of the Savannah River and is popular with vacationers and year-round residents. Located 30 minutes from Savannah, Tybee Island has a dense suburban feel and a wide variety of dining and entertainment options:

The population of Port Wentworth doubled over the past 10 years and is home to just under 11,000 residents. Located 20 minutes northwest of Savannah, past Garden City, Port Wentworth has a sparse suburban feel and good options for dining and entertainment:

Hilton Head Island, SC, is an hour northeast of Savannah and is home to the world-class Disney’s Hilton Head Resort and the Audubon Newhall Preserve. Located along the Atlantic Ocean, Hilton Head Island has an urban-suburban feel and a wide variety of dining and nightlife options:

Pooler is located near the intersection of I-95 and I-16, about 30 minutes northwest of Savannah. The suburb of Pooler has a dense suburban feel and a large percentage of households occupied by renters:

Isle of Hope is a small suburb of Savannah situated along the Skidaway River. Located 20 minutes south of the city, Isle of Hope has a rural feel and is rated as one of the top 3 places to live in the Savannah area by Niche.com:

The small suburb of Thunderbolt runs along the western shore of the Wilmington River, and is located 15 minutes southeast of Savannah. Thunderbolt has a dense suburban feel and is also a popular place for renters:

Whitemarsh Island is a suburb located 20 minutes southeast of Savannah, near the town of Thunderbolt. Whitemarsh Island is located along the eastern shore of the Wilmington River and has a dense suburban feel, and more than one in 3 residents rent their homes:

The small suburb of Bloomingdale is 30 minutes northwest of Savannah via Highway 80, near the town of Pooler. Bloomingdale has a suburban-rural feel and is popular with renters:

Nearly half the residents of Georgetown rent their homes. Located 30 minutes southwest of Savannah, Georgetown is near the Coastal Georgia Botanical Gardens and has a dense suburban feel:

Garden City is a suburb where most residents rent their homes. Located 15 minutes northwest of Savannah, Garden City is located near the Georgia Ports Authority Corporate Headquarters and the Savannah/Hilton Head International Airport:

Over the past 10 years, the population of suburban Richmond Hill has increased by almost 80% as more people moved to Savannah for job opportunities, a lower cost of living, and a better quality of life. Richmond Hill is 35 minutes southwest of Savannah and is a suburb where nearly half of the residents rent their homes:

Wilmington Island is 30 minutes southeast of Savannah, near the mouth of the Wilmington River and the suburb of Thunderbolt, and has a sparse suburban feel:

Rincon is another suburb of Savannah where nearly half of the residents rent their homes. Located about 40 minutes northwest of Savannah, Rincon has a sparse suburban feel and good options for dining and local shopping: