The Savannah real estate market: Stats and trends for 2022 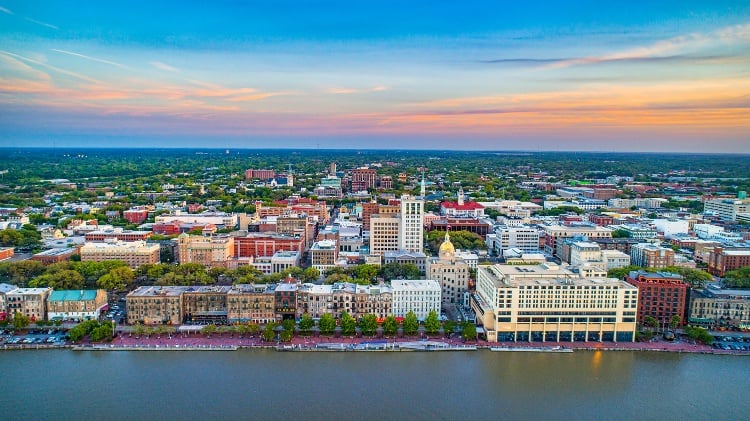 Savannah has been proactively wooing out-of-state technology workers to the metro area, creating a potential bonus for rental property investors.

Add to this Savannah’s strong population and job growth, lack of land for new development, and a high quality of life and it’s easy to understand why the demand for real estate in Savannah is so strong.

Savannah, Georgia is located along the Savannah River, about 20 minutes from the Atlantic Ocean and 3 ½ hours by car from Atlanta. Originally founded as a British colony in the early 1700s, the city was a key port during the American Revolution and Civil War.

Today, the city is a thriving seaport community and home to a diverse mix of industry including manufacturing, healthcare, high tech, tourism, and film. In fact, Georgia ranks #1 globally in the production of top grossing feature films, ahead of entire countries like the United Kingdom and Canada and much larger states such as California and New York.

So, instead of watching the city on the big screen, why not consider investing in rental property in Savannah? Who knows, your place might end up being featured in an upcoming Academy Award winning film.

Savannah is among the fastest growing areas in Georgia, with residents flocking to the metro area in high numbers. According to a recent report from WJCL, suburban Bryan County just south of Savannah grew by 48% over the past decade and is one of the 6 fastest-growing counties in the U.S. In fact, so many new arrivals to the area choose to live in the suburban bedroom communities surrounding the City of Savannah, they are creating a workday commute that’s similar to rush-hour in Atlanta.

The Savannah MSA has been described as an “economic star” with a broad foundation for the future. Defense and aerospace, tourism, healthcare and education, and the city’s deepwater seaport are just a few reasons why the job market in Savannah is staying strong and steady.

Northerners have been snapping up houses in Savannah, driving listing prices up by $50,000 in just 6 months, according to a report on HousingWire.

Real estate investors may want to move fast once they find a good single-family home to buy. Property is staying on the market for only 38 days, and Savannah is a seller’s market, with nearly everything selling for full price. 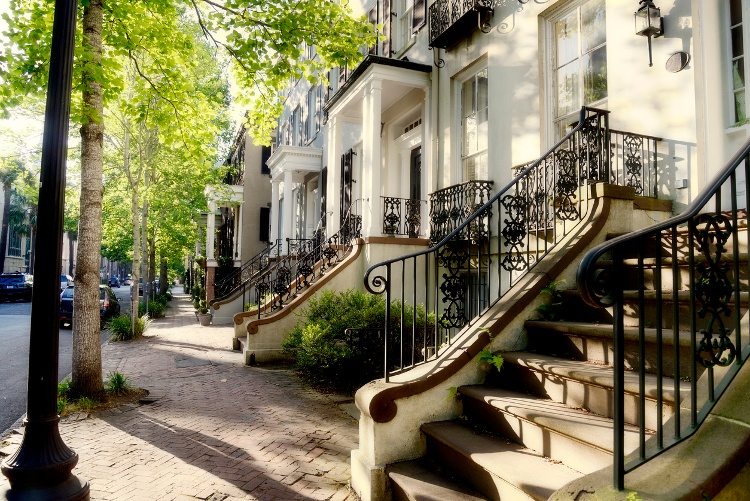 Savannah has been offering a relocation incentive to lure tech workers to the metropolitan area. Forbes reports that the Savannah Economic Development Authority (SEDA) aims to lure out-of-state technology workers to the area to continue boosting the region’s technology industry.

When analyzing a specific market for investment, buyers of rental property often review historic home price changes and the affordability of housing in the area.

Pricing trends can help investors forecast the potential for future appreciation, while housing affordability is an indicator of what the likely demand for rental property will be.

The HAI – or housing affordability index – compares the median family income in a market to the median price of a single-family resale home.

Using 100 as a baseline number, the HAI index provides a ranking of the local housing market. The greater the affordability index number is above 100, the more affordable a market is to own a home, assuming a 20% down payment and a conventional mortgage.

The housing affordability index for Savannah (as of July 2021) is 129. This means that Savannah is one of the more expensive places to own a home, indicating a potentially strong demand for rental property in the Savannah metro area.

Founded back in 1733, Savannah is the oldest city in Georgia and home to the Savannah Historic District, the largest National Historic Landmark Districts in the country. Millions of people visit Savannah every year, attracted by the city’s historic and waterfront districts, subtropical climate, and Southern hospitality.

Where to begin your search? Roofstock created a heat map of Savannah based on our Neighborhood Rating, a dynamic algorithm that enables you to make informed investment decisions by measuring school district quality, home values, employment rates, income levels and other vital investment criteria.

Ready to invest in the Savannah housing market? If you haven't already done so, create your free Roofstock account and set up alerts. We'll notify you when we have a Savannah investment property that matches your search criteria.