Several cities in Florida - including Spring Hill near Tampa, Lehigh Acres near Fort Myers, and Palm Bay in Brevard County - are listed as some of the best cities to invest in real estate in 2022, according to Policygenius. The website analyzed key real estate investment data points including home value index, home price growth, rent index, and gross rent multiplier.

The market was exceptionally good for investors in 2021, but is the Florida housing market still a smart investment for 2022?

Based on the most recent reports from Florida Realtors, the answer is a resounding “Yes!” with tight inventory keeping housing prices high in the state high.

It’s true that Florida has one of the hottest real estate markets in the country, and for good reason. The state is bordered by the Gulf of Mexico, the Atlantic Ocean, Alabama, and Georgia.

Florida is an international tourist destination with year-round sunshine (earning the state its nickname “The Sunshine State”) with world-class theme parks. The economy is dynamic and diverse, with dozens of global business headquarters and a government that is both pro-business and pro-development.

Read on to learn why the demand for buying and renting real estate in Florida could keep growing in 2022 and beyond.

Florida has gained more than 2.7 million new residents since 2010, making the state the 3rd most populous after California and Texas. Home to over 21.5 million people, Florida’s population grew by 14.6% compared to one decade earlier. Over the next few years, Florida is projected to gain 845 new residents per day.

One of the many reasons that Florida is expected to keep growing so fast is from marketing the state as the ideal business location. The proactive, business-friendly government in Florida is an expert at attracting new high-wage jobs for workers who can compete on a global scale. 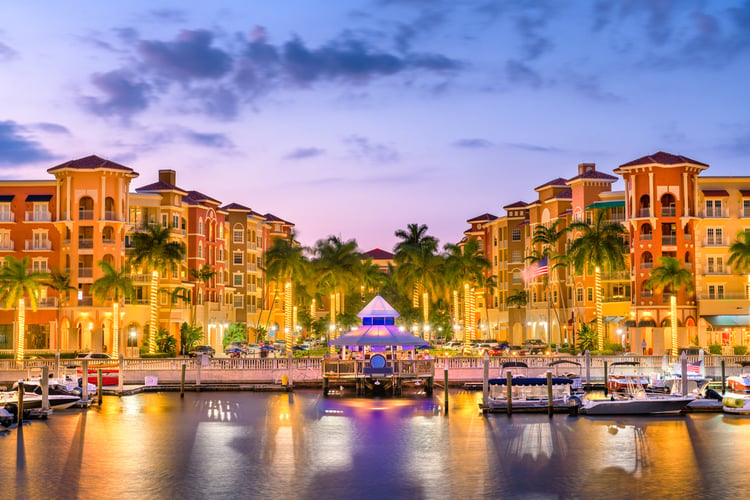 Home sales and prices are rising, inventory is going down, and the number of buyers paying in cash for single-family homes has increased by almost half, according to this November 2021 report from WFLA. In fact, every metropolitan area in the state has seen home prices increased by double-digits as of Q3 2021.

Miami, Tampa, and Orlando reported the largest year over year rent increases in the nation, according to ABC Action News. The trend of rising rents in Florida has been going on for quite some time.

As The Real Deal reported last year, the onslaught of in-migration is allowing landlords to raise rents to lavish levels as people are lured from the Northeast and West Coast by Florida’s thriving job market, lack of state income tax, and sunshine.

Florida is ranked #31 in affordability, meaning that Florida has one of the least affordable housing markets among all 50 states. By comparison, high-cost states such as Massachusetts, California, and Hawaii were ranked 48th, 49th, and 50th.

There are countless reasons why people choose to live and work in Florida. The state offers an almost ideal work-life balance with great job opportunities and near-perfect weather, culture, and recreation.

Ready to invest in the Florida market? If you haven't already done so, create your free Roofstock account and set up alerts. We'll notify you when we have a Florida investment property that matches your search criteria.