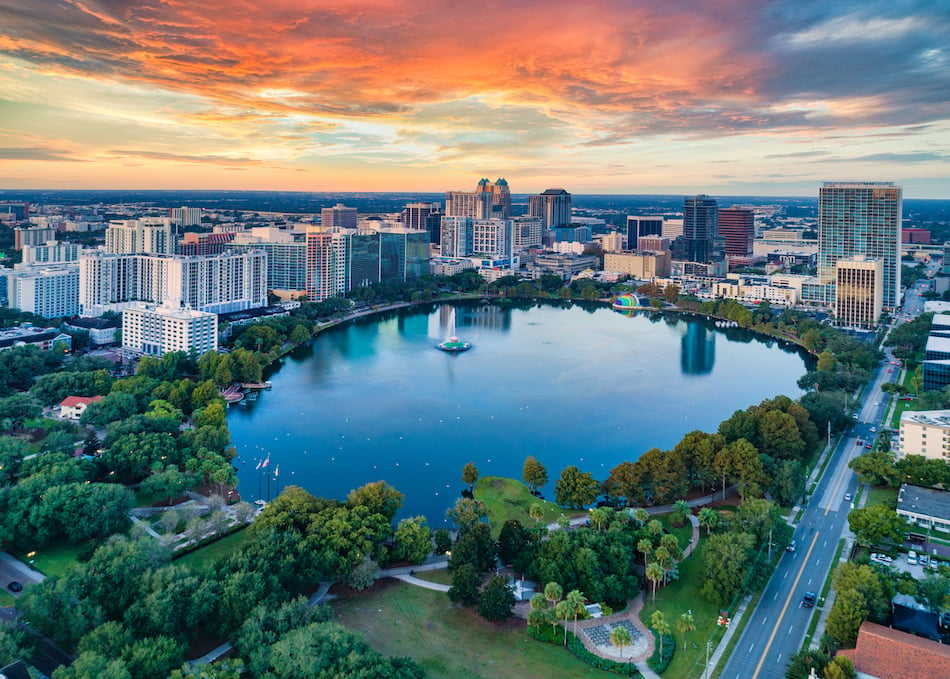 For the past 8 months, Realtor.com has rated Orlando as the fastest-rising major housing market. With homes staying on the market for an unprecedentedly brief amount of time, real estate in Orlando is selling faster and receiving more attention than ever before.

The typical home in Orlando is on the market for just 32 days, the shortest time on record for the metropolitan area. The city’s “hotness ranking” also saw the largest jump, attracting attention from buyers and real estate investors from Miami, New York, and Washington, D.C.

Here are 15 Orlando neighborhoods and suburbs in which to consider investing in real estate, including several areas where 70% or more of residents rent.

Why consider investing in Orlando?

Orlando is a great city for rental property owners for a number of reasons. First, the area is growing rapidly, which means there is a constant demand for rental units. Over the past 10 years, the population of Orlando surged by 29%, twice as fast as the entire state.

Orlando is also a world-class tourist destination, which provides short-term rental (STR) property owners with a steady stream of potential guests. The city is home to a diverse and vibrant economy, including the entertainment, health-care, and high-tech industries, and boasts an unemployment rate of just 2.9%.

Orlando is also a popular town for renting, and in many neighborhoods and suburbs, there are more renters than homeowners. According to Zumper, 55% of the households in the metropolitan area are renter-occupied, and rents for 3-bedroom homes in Orlando have grown by 24% year over year. 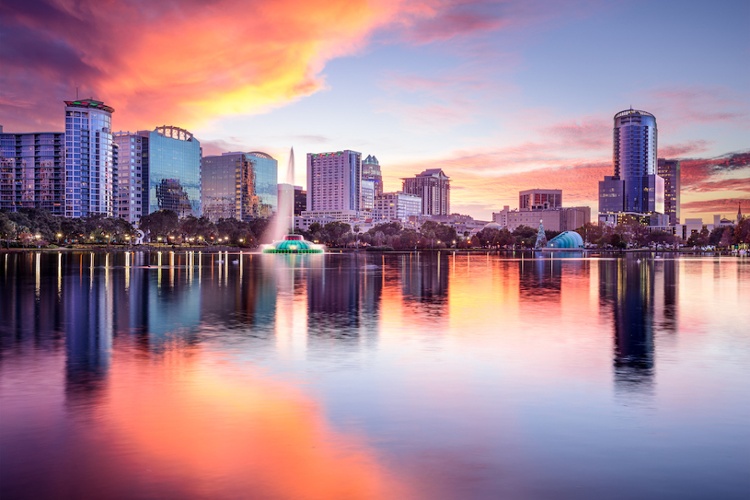 There are nearly 100 distinct Orlando neighborhoods and suburban areas in which to search for investment homes, with house prices ranging from $7,000 to $25 million.

Here are 15 great neighborhoods to consider in Orlando and the neighboring suburbs, based on data from:

Downtown Orlando lies on either side of the I-4 Express toll road and is home to the city’s central business district and Lake Eola Park. Over 80% of the households are occupied by renters, making the neighborhood a good area to consider for investment property:

Located a few blocks northeast of Downtown, the Park Lake-Highland neighborhood in Orlando is another good area to consider. More than 75% of the households are renter-occupied, and the neighborhood is ranked as the best in Orlando by Niche.com:

South Eola has an urban feel with a mixture of traditional single-family homes, high-rise apartments, and condominiums. Bordered by the Downtown and Lake Eola Heights neighborhoods, South Eola is home to Lake Eola Park, considered the crown jewel in Downtown Orlando, and is a popular area for renters:

Lake Eola Heights has an urban-suburban feel and more renters than homeowners. The neighborhood is located just north of South Eola and has a lot of restaurants, coffee shops, bars, and parks:

The East Central Park neighborhood is bordered by Coytown and Lawsona/Fern Creek and is home to more renters than homeowners. The area has a dense suburban feel, with a lot of dining and entertainment options:

Lake Davis-Greenwood is ranked as one of the best neighborhoods in Orlando by Niche.com, and it has nearly as many renters as homeowners. The neighborhood is home to the Greenwood Urban Wetlands, Lake Davis Park, and a lot of restaurants, bars, and coffee shops:

Lawsona-Fern Creek is home to a wide variety of architectural styles, including bungalows and Tudor revivals, according to the neighborhood association. Located just north of Lake Davis-Greenwood, the neighborhood has a sparse suburban feel, with nearly half of the residents renting their homes:

Located near Colonial Town Center shopping mall and the Orlando Executive Airport, the Coytown neighborhood has a mixed urban-suburban feel and a large percentage of renter-occupied households:

Colonialtown North is considered one of the best places to live in Florida by Niche.com. The neighborhood has a sparse suburban feel and is located between Coytown and Park Lake-Highland:

Lake Formosa is another neighborhood in Orlando where more residents rent than own. The area has a mixed urban-suburban feel and is a few minutes from AdventHealth Orlando and the Orlando Museum of Art:

Colonialtown South has a mixed urban-suburban feel and is located between Coytown and Lake Eola Heights. The neighborhood has a lot of parks and dining options, and it has a large percentage of renter-occupied households:

Niche.com ranks Thornton Park as the second-best neighborhood in which to buy a house in Orlando. Located between South Eola and Lawsona-Fern Creek, the area has a mixed urban-suburban feel, with a lot of parks, restaurants, bars, and coffee shops:

Delaney Park is located south of Lake Davis-Greenwood, a few blocks from Orlando Health Arnold Palmer Hospital. The neighborhood has a dense suburban feel, with a lot of parks and options for dining and entertainment:

North Orange is located a few minutes north of Downtown Orlando along the I-4 Expressway. The neighborhood is home to AdventHealth Orlando, is near the Orlando Science Center and Museum of Art, and is popular with renters:

Windhover is a few minutes north of the Universal Orlando theme parks, near the intersection of Florida’s Turnpike and Highway 435. The neighborhood has an urban feel and is an area where most residents rent their homes: